Satay Celup is also another dish that's almost exclusive to Malacca (the other one being chicken rice balls). It's like steamboat, but with satay gravy instead of some flavoured broth to cook a variety of skewered meats, starches, vegetables and seafood. Also, a trademark of satay celup is the unique pot of bubbling satay gravy is sunken into a hole in the centre of the table for easy access.

Capitol Satay and Ban Lee Siang are the 2 most famous (and arguably the best) satay celup joints in Malacca, each with its pros and cons. Having eaten at both establishments, we both prefer Capitol Satay.

Capitol Satay ostensibly replaces the satay steamboat pot with a fresh one for every new table of diners (Disclaimer: I wouldn't know if they just changed the pot and reused the satay sauce at the back of the restaurant) but this also means you've got to be prepared to wait for at least 45 minutes for a table (for off-peak hours, and it's a more than an hour standing wait during peak hours). Ban Lee Siang doesn't change its satay steamboat (the unspoken rule here is "no double dipping"), but you'll get a table fairly quickly.

Capitol Satay has a thicker, sweeter and more viscous satay sauce compared to Ban Lee Siang. The waitresses will walk around every 20 minutes or so to replenish a ladle-full of ground peanuts, shredded dried pineapple and sugar into your satay steamboat. This ensures that the gravy stays aromatic and rich. 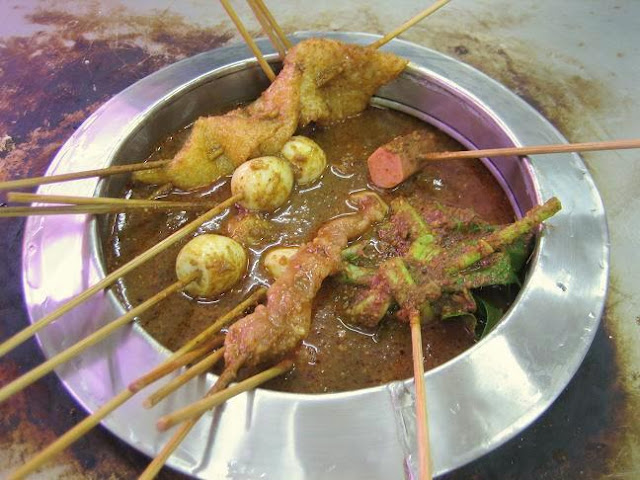 My personal favourites are the Quails' Eggs (we must have eaten like 20 each!), KangKong, Sliced Pork and Prawns (all sticks are charged at RM0.80 each). The BF loved the Fried Dough Fritters (you char kway), just don't let it disintegrate in the gravy. 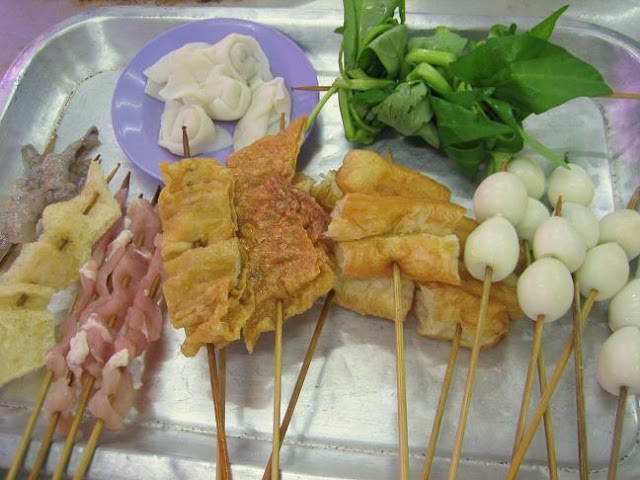 Capitol Satay has an open buffet concept for diners to pick out their skewers to their tables. It's not very hygienic but that's the nature of satay celup. I noticed that the food's very fresh though, no stale, fishy smells or sour tastes. 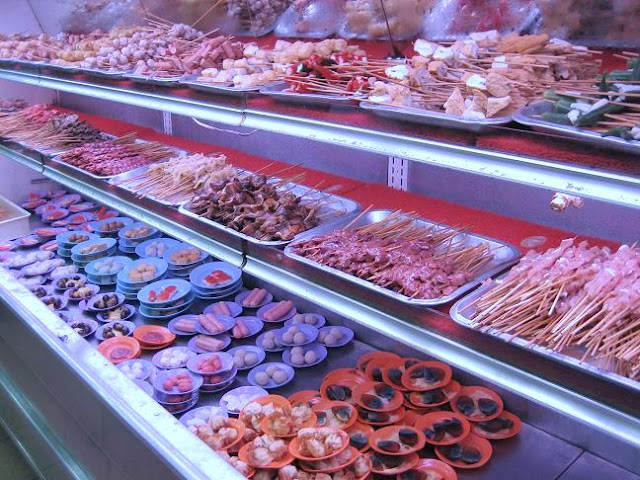 Capitol Satay's exterior, it's half the size of Ban Lee Siang, which explains a queue twice as long than the one at Ban Lee Siang. There was a queue even at 11.30pm at night! 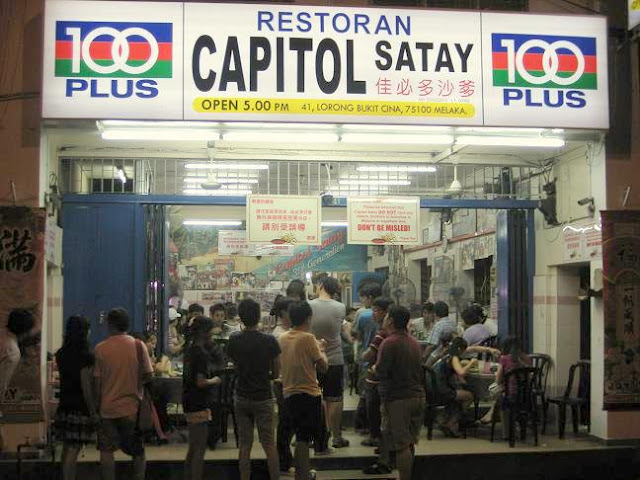 The satay gravy at Ban Lee Siang is more watery and more savoury than it is sweet. 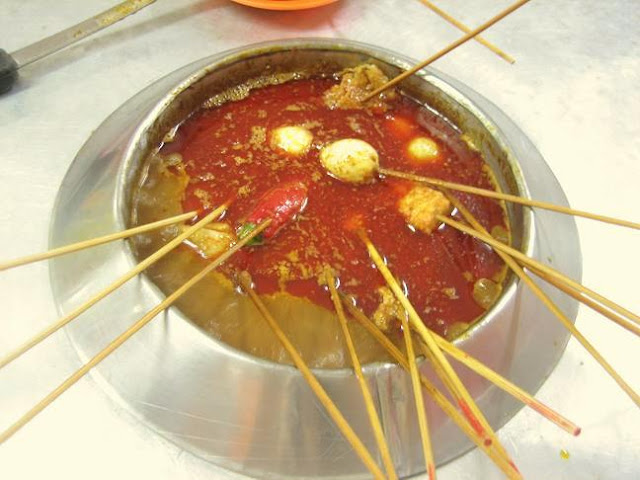 I liked the fact that Ban Lee Siang has oyster mushrooms and that food is all kept in clear glass refrigerators. Less opportunity for contamination by customers. Of course, I've also seen some inconsiderate customers pick up a skewer that dropped on the floor and put it right back in the fridge. Really gross and lacking in basic manners. (red tipped sticks cost RM0.60 and the rest cost RM0.50) 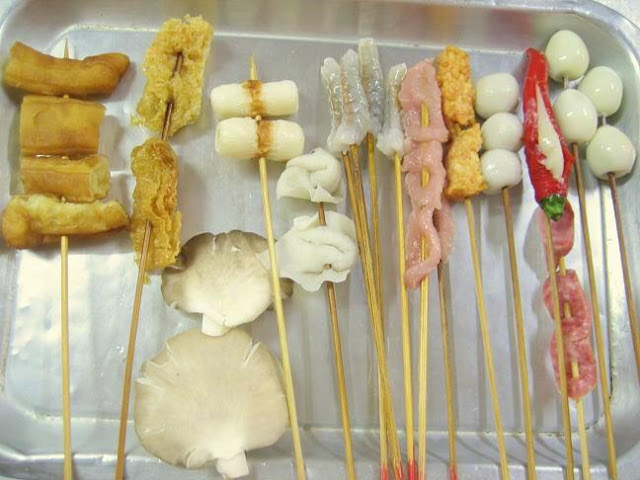 The restaurant's exteriors. There wasn't a queue even at 6.30pm on a public holiday weekend, which was great. 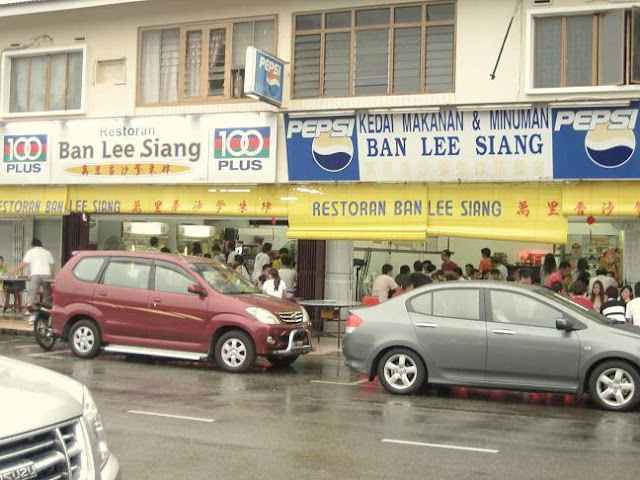