I've been wanting to visit Cure ever since it was launched. Helmed by the man who used to head up small-plates pioneer Esquina, Cure is a personal homage to the chef's modern European sensibilities. Whereas Esquina boasted a wide repertoire of Spanish-stylings, Cure's menu is notably trimmer, and decidedly focused on seasonal artisanal produce.

As per S.O.P. with regards to new openings, I waited for Cure to pass its first birthday (and find its ground), before visiting. And dinner at Cure was a classic example of how delayed gratification could be a great great thing. The food was mindblowingly magnificent, and memorably sublime. The balance, the restrain, the finesse, was evident in every plate. One of 2016's best eats for sure.

Service was phenomenal as well. Slick, efficient, knowledgeable, but personable and cheeky. Cure managed the class of a fine dining destination, but without the ancillary stuffiness. Here at Cure, you kick-back over a mellow unfussy vibe.

We were served a whopping four courses of complimentary amuse bouche. At the third one, I actually exclaimed that they were spoiling us silly. And to that, the matire'd replied, without missing a beat, that beautiful women should be spoiled. I'm a sucker for compliments, never mind whether such compliments bear any truth, so I now know where to head for whenever I'm shamelessly in need of adulation. Also, mental note to ever ever only dine at Cure with my girlfriends.

First up was a Squid Ink Cracker enhanced by rich aioli dollops and cut with fresh dill. 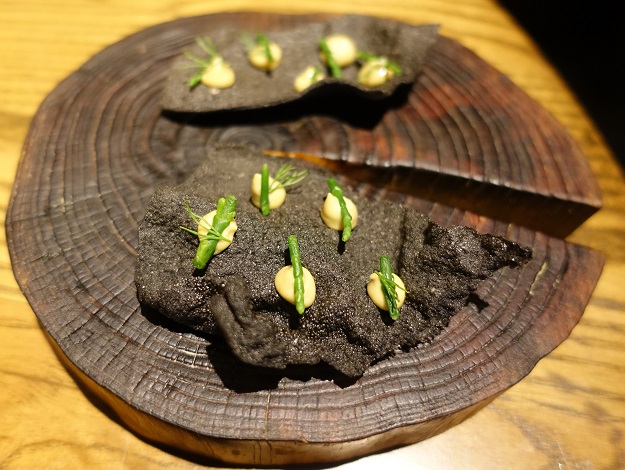 Next was a Sweet Corn Mini Croquette, a burst of creamy corn-y goodness. 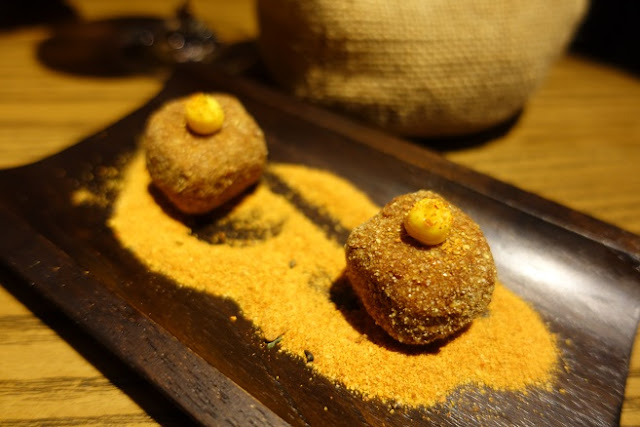 This was swiftly followed by a conelet of Smoked Salmon crowned with creme fraiche. 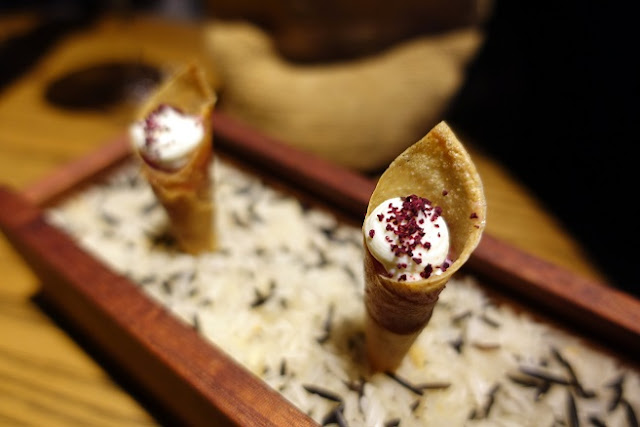 The Cheese Tartlet marked the finale of the complimentary bites. Wispy like a cloud, the mild cheese melted into a buttery crumbly mass. 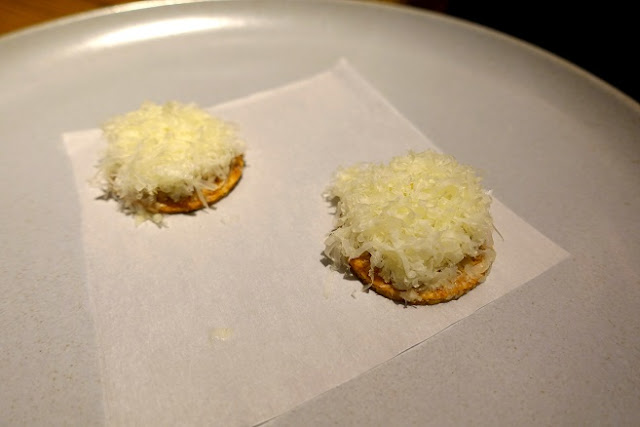 The bread is made in-house as well, and the signature Mixed-Seed Sourdough was paired with bacon butter and pickled cabbage. 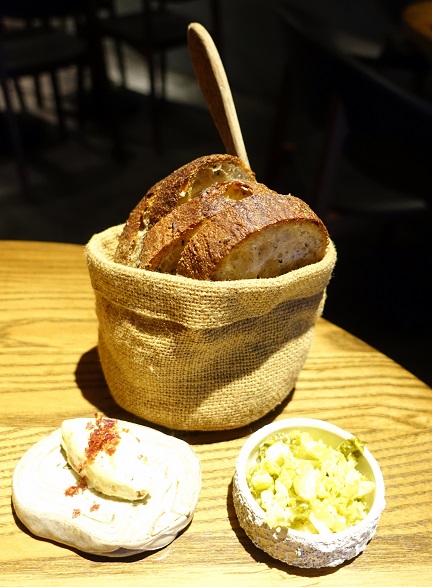 We opted for the 4-Course Autumn Tasting Menu ($90 per person), it highlights the ala carte offerings.

The first course was a BBQ Mackerel, served tepid, and which salty intensity was muted with coconut rice, Thai green curry, and crushed peanuts. 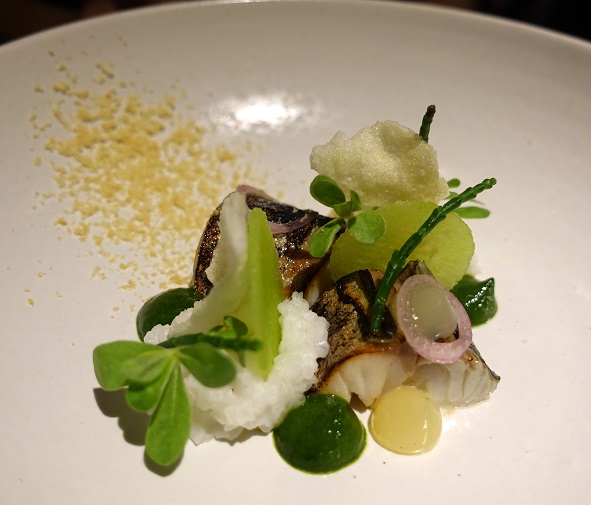 The other option for the first course was a refreshing Pumpkin Granola, capped with burrata curd, and dotted with sage milk gel. 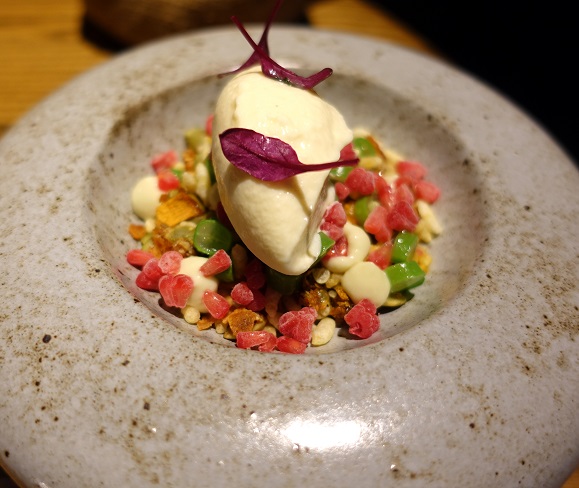 The second course was the fantastic Foie Gras Brulee burnished with burnt cinnamon sugar. This was incredibly smooth and creamy, absolutely smashing stuff. 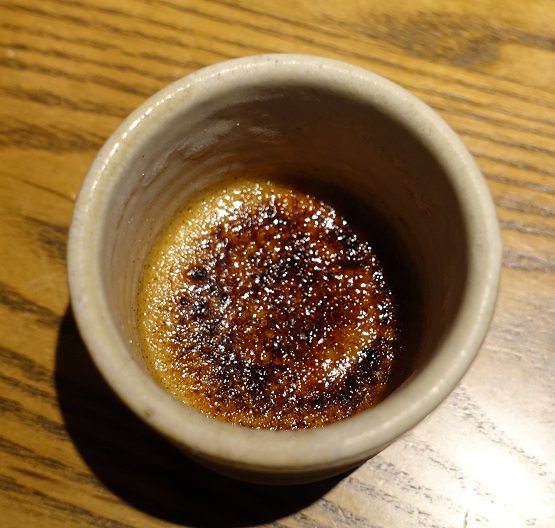 The third course was an option of perfectly seared Silver Hill Farm Duck Breast, countered with frozen berries and the grassy notes of hay hollandaise, and sided by a leg sausage roll. 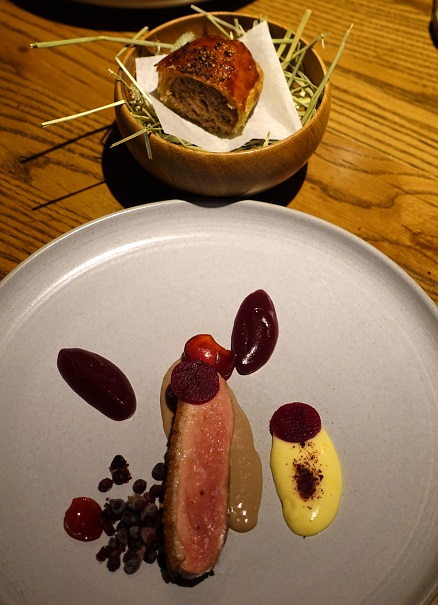 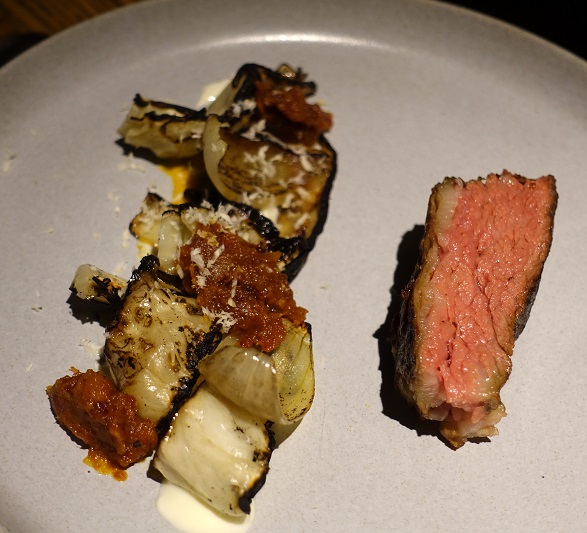 The fourth course was a dessert of airy-fairy Orange Cake with Carrot Salad, coupled with a savoury olive oil ice-cream. Wow, this was like the most innovative way to get the most hardened of vegetable haters to eat their greens. 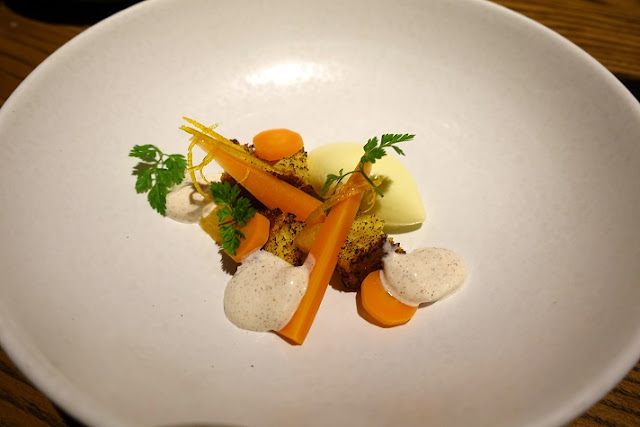 The other dessert choice was an Irish Chocolate Mousse & granulated Basil Moss. 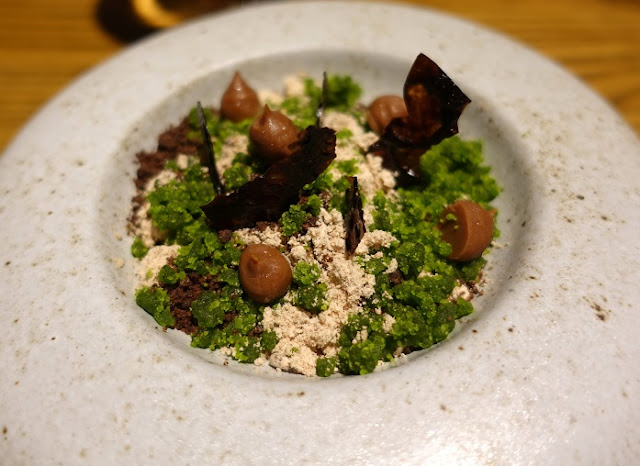 We were surprised with a complimentary petit four of sorts, an icy cheese parfait that was scrumptious. 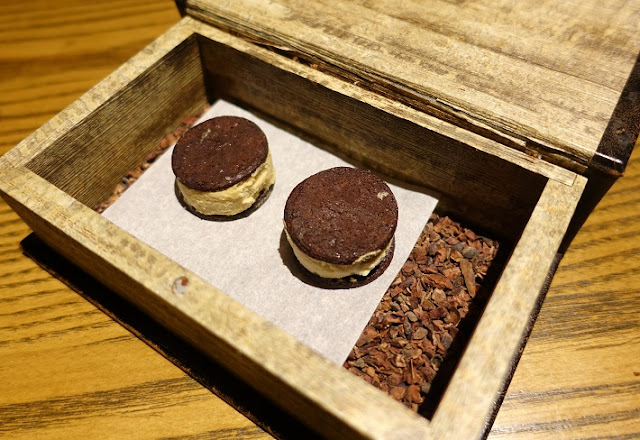 Cure
21 Keong Siak Road
Tel: 6221 2189
Open Wednesdays to Fridays from 12noon to 3pm for lunch;
Mondays to Saturdays from 6pm to 10pm for dinner;
Closed on Sundays
Website: www.curesingapore.com
Posted by Bern on 1.12.16 No comments: Links to this post