It was supposed to be a really short run to some restaurant nearby because we were both lethargic and sleepy, but you know how Murphy's Law works...the restaurant was unfortunately closed and that resulted in a big detour back to Happy Chef for dinner. So we ended up with a far longer run. Ah well, I guess it never hurts to exercise more, eh? More exercise = more allowance to stuff our faces after

We got the Teriyaki Chicken ($6), grilled boneless chicken thigh marinated in a teriyaki sauce, generously topped with mushrooms and served with blanched carrots, cabbage and french beans. We opted to replace the crinkle-cut fries with more veggies. A crispy fragrant garlic bread completed the dish. 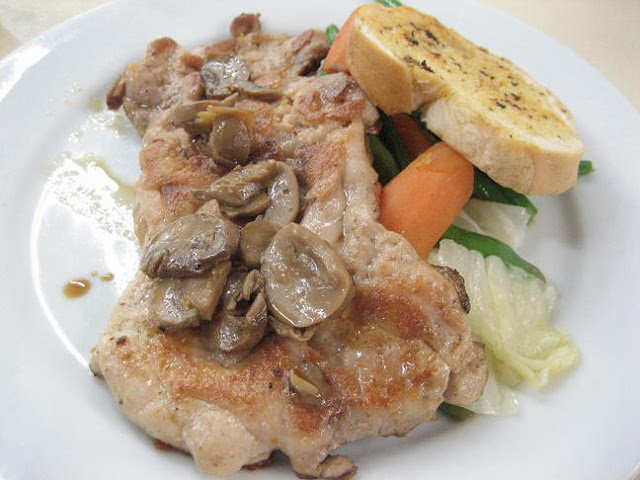 We also got the fish version, Teriyaki Fish ($6). I liked that the dory fish was fresh, sweet and flaky. 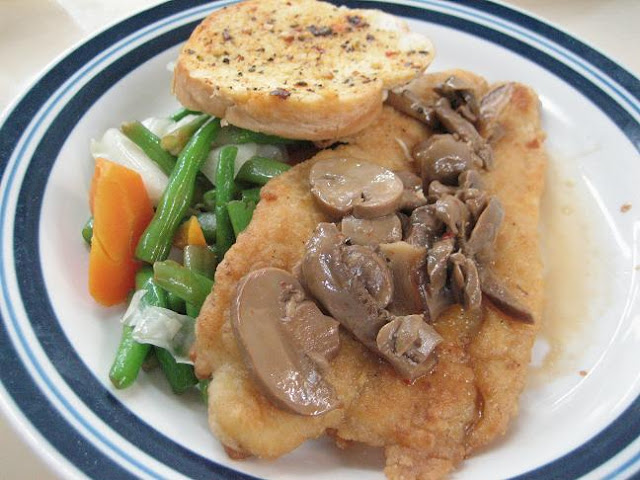 Because 2 dishes aren't enough (and because we worked hard for it), we also got the Country Baked Fish ($6), served with the same toppings as the abovementioned dishes but slathered in a rich brown mushroom sauce instead. The sauce was lip-smackingly yummy. 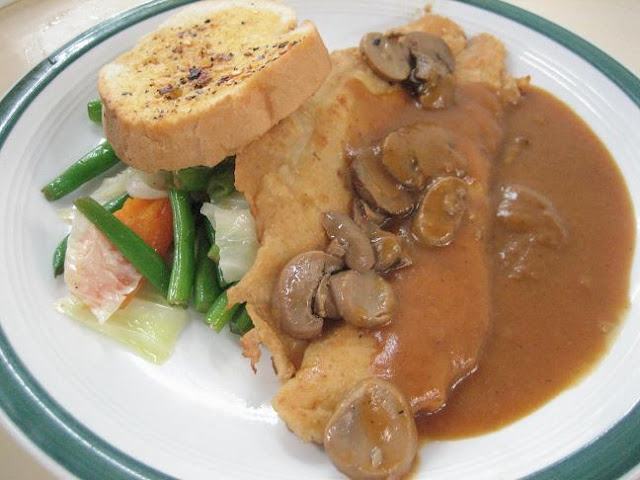