In the sleepy estate of Beo Crescent, there's a hainanese curry rice stall, nameless but oxymoronically well-known. Located in an old-school coffeeshop adjacent to the Beo Crescent hawker centre, it's distinguished by a perpetual queue of fans, and sells out by mid afternoon. We gave this a shot over the weekend, seeing as it's closer to home than our current No. 1 choice at Jalan Bukit Merah. The selection may be a little less extensive than Tian Tian, the coffeeshop's always crowded, it may not be a viable dinner option, BUT it has a decent mix of hits, making a revisit a worthwhile venture. And at about $20 for 6 dishes, it's ridiculously cheap. 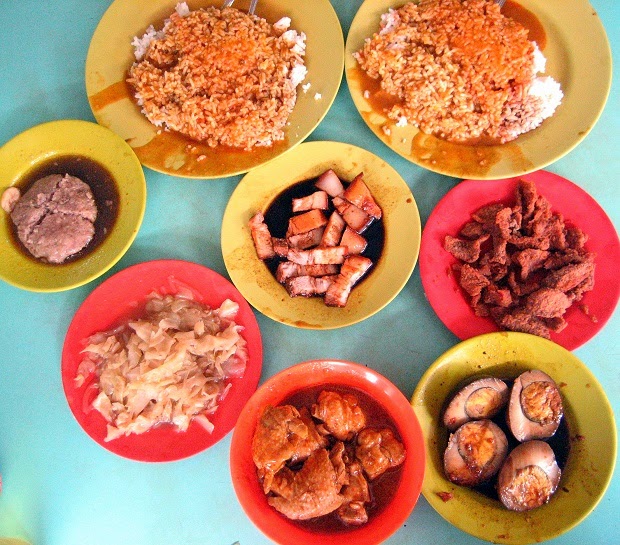 In spite of its grungy appearance, the plain white rice, slopped with 3 types of gravies, was absolutely sublime, I would have been happy to eat it on its own. 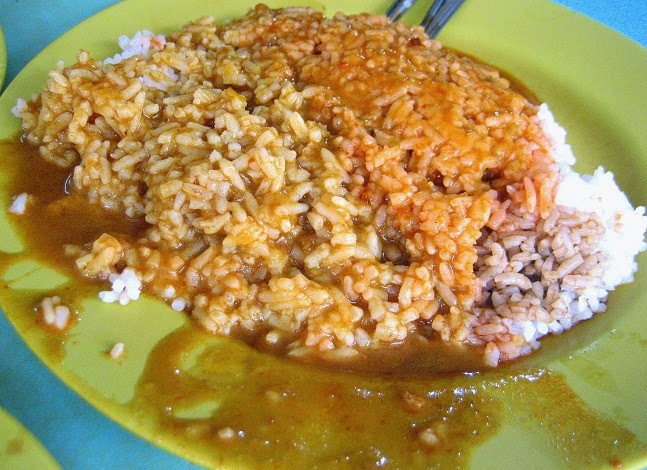 The Hainanese Pork Chop was excellent, even if it was 90% batter and 10% meat. Just think of it as a fresher, less stinky version of pork rinds. 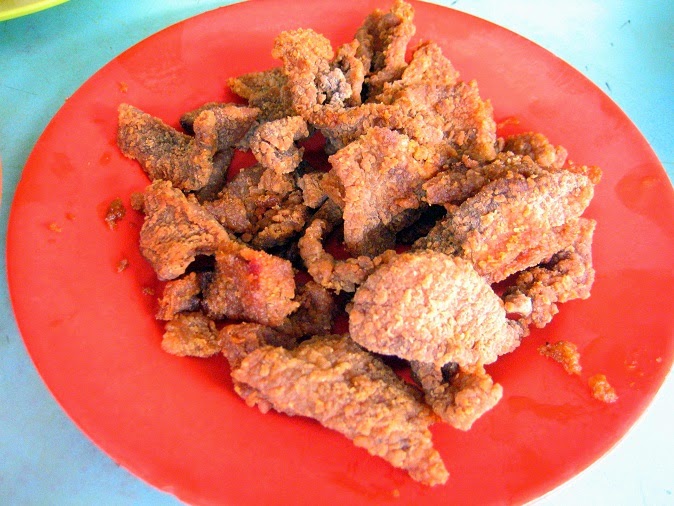 I liked the Braised Cabbage Chap Chye, a most simple dish sweetly infused with all that beautifully rich shrimp-based broth. 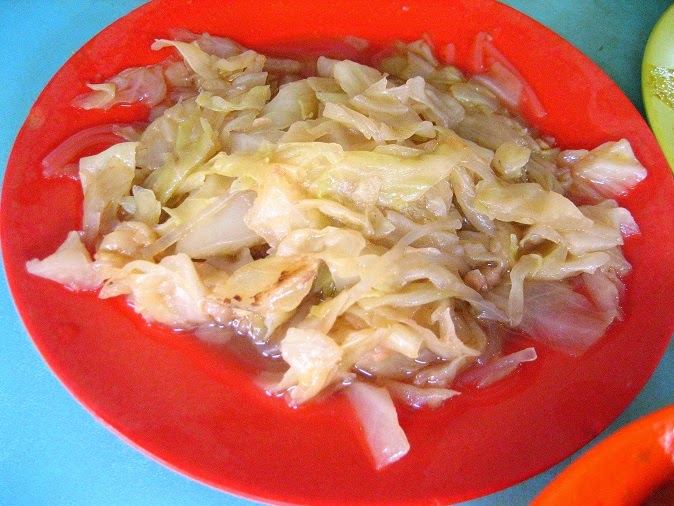 The Braised Pork Belly lor bak was better than most, with a decent fat to meat ratio,good flavour and meltingly tender. 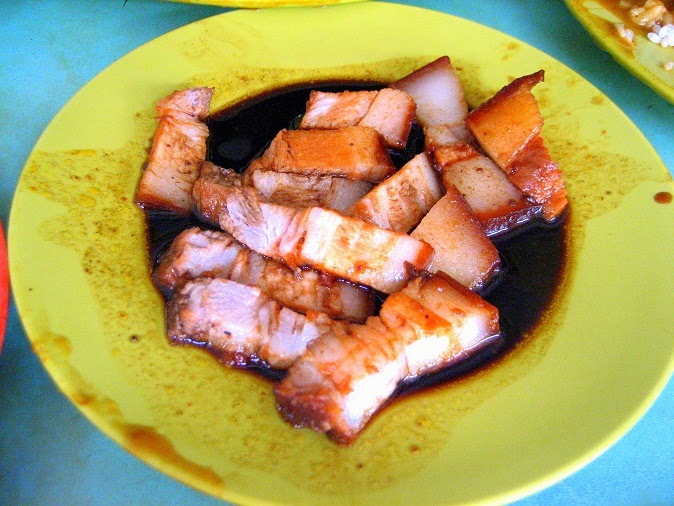 The Braised Egg was pedestrian, forgettable but well-flavoured. 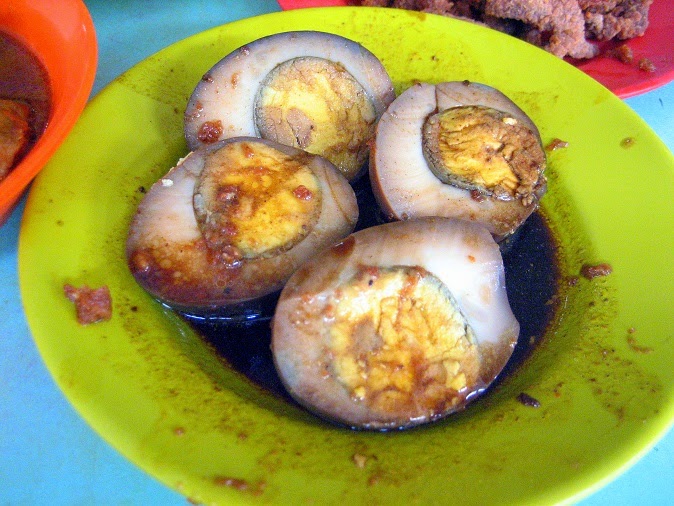 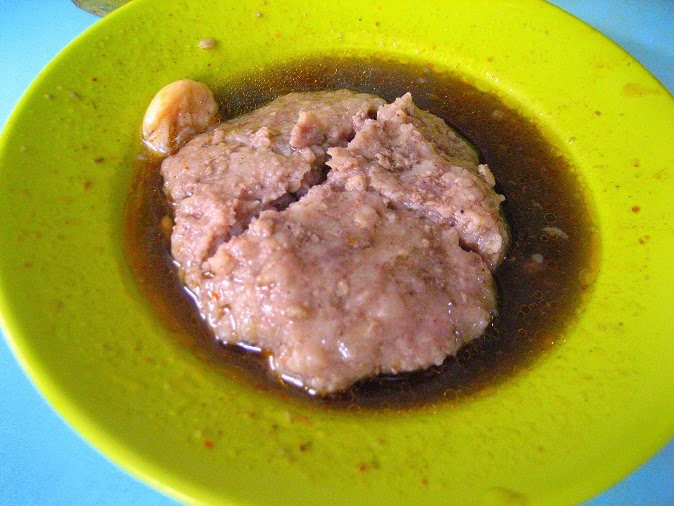 The sole lackluster dish, the Chicken Curry was missing in marination, too tough, and needed more time over the fire for a fall-off-the-bone texture. That said, we mopped up every last bit of the spicy full-bodied curry. 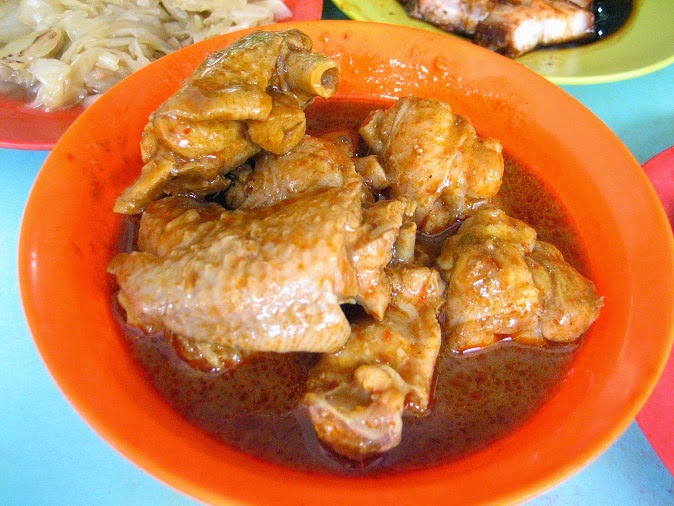 Hainanese Curry Rice
Blk 40 Beo Crescent
Open Thursdays to Tuesdays from 6.30am to 3pm; Closed Wednesday
Posted by Bern on 26.6.14

One of my favourite curry rice place.

yum yum pork chops, not had them in ages, thanks for sharing.