November's L.A. Lunch was held at Royal China. Bloggers and food critics alike regularly gush over the food and unique robin blue decor here, and I wanted to try the food here and see if it truly was worth the hype.

Having tried Royal China, I would say that it's good, definitely one of the better dim sum restaurants but I wouldn't gush about it. The standard at Royal China's like Hua Ting, or Wah Lok, mostly hits, with very few misses and a couple of truly stellar items.

While the Tiffany-blue interiors are striking and memorable, I wouldn't exactly gush over it like a squealing prepubescent schoolgirl. But, the one thing I liked about this restaurant is that despite being housed in the grand dame that is Raffles Hotel, it was a pleasant surprise that prices here are reasonable and not too hefty, with most dim sum items priced not more than $5.

We started off with the ubiquitous Steamed Pork Dumplings ($4.80) or Siew Mai, which had a flat-leaf parsley and wolfberry on top for decoration. I hate flat-leaf parsley. The one thing unusual about Royal China's dim sum is that they add parsley to a lot of their dim sum. Having scraped away the prawn with the parsley stuck to it, the dumpling was plump and juicy, but not spectacular. 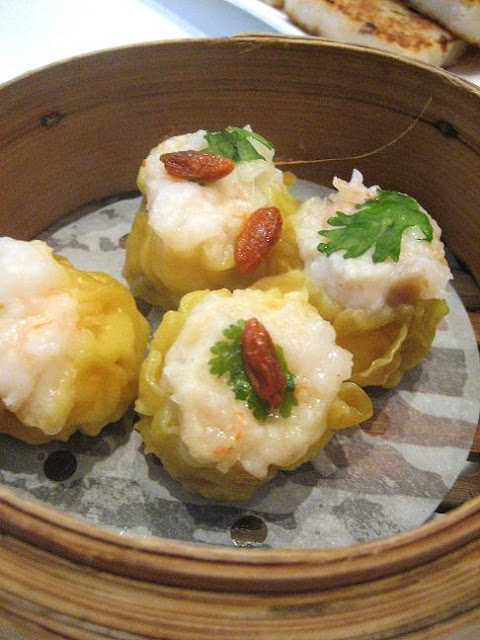 The Steamed Prawn Dumpling ($4.80) or Har Gow, was one of the stellar items. Soft, thin, chewy skin, with a crunchy prawn inside. 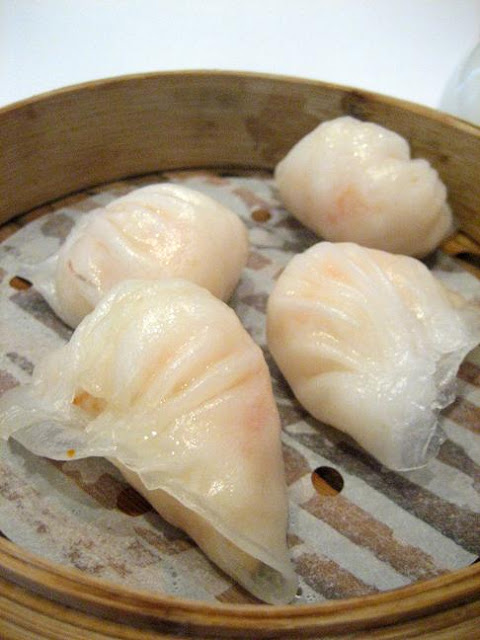 The Beancurd Skin Rolled with Prawn ($4.80) was also another dim sum laced with parsley. The parsley was everywhere! This would have been a good dish if not for the parsley. 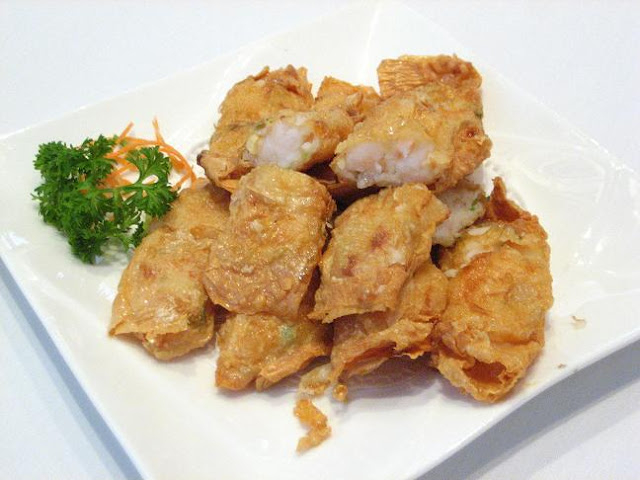 The BBQ Pork Puff ($4) was a fairly commendable dish, buttery flaky pastry with sweet and sticky barbecued pork cubes stuffed inside. I liked that the pastry to pork ratio was very low, thin layer of pastry lining the generosity of filling. 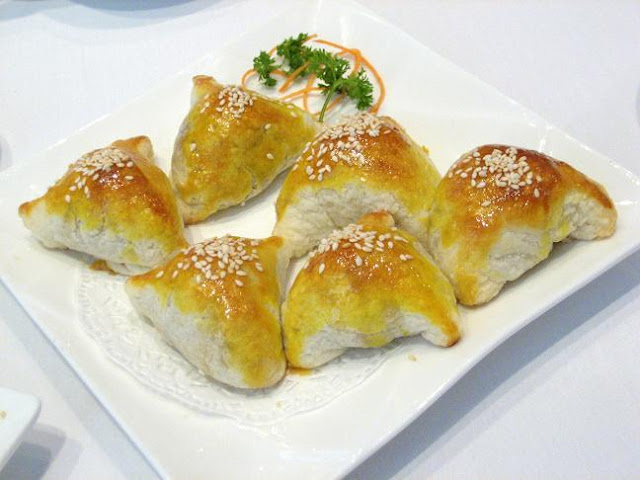 The Steamed Glutinous Rice with Chicken in Lotus Leaf ($4.80) was another stellar item. 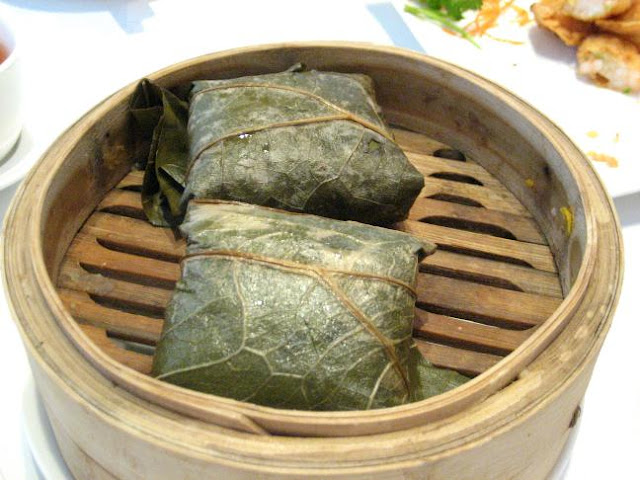 The rice was incredibly moist and flavoursome, with lots of chicken cubes and mushroom bits adding texture and flavour. Easily one of the best ones around, I still salivate when I think about this. 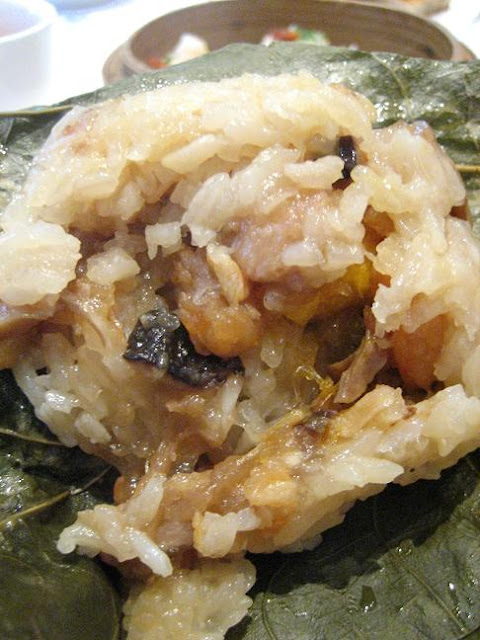 The Pan-fried Carrot Cake ($4) was nicely done, with a caramelised crust encasing the soft and moist flour and radish stripped cake. 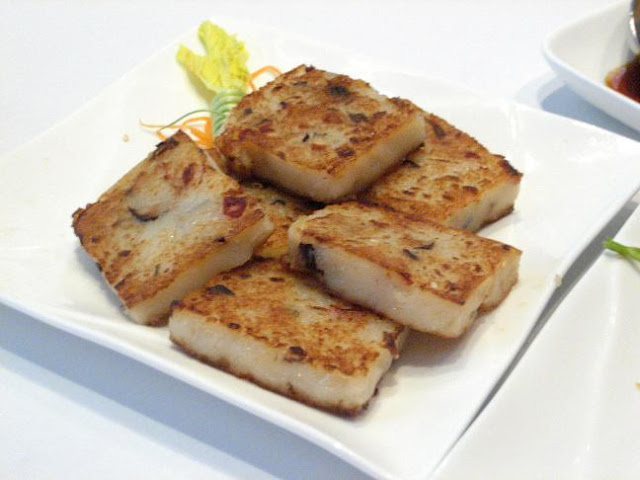 The Steamed Flour Roll with Scallops ($4.80) was also well done, the scallops were succulent and fresh. And the soy marinade was very light, so it didn't overwhelm the delicate taste of the scallops. However, the flour roll was a tad too thick. I would have preferred it thinner.We would have gotten the ones with bbq pork and prawns filling, but those would have had parsley stuffed inside. I really can't understand why anyone would add parsley to sweet barbecued pork. I would have thought that the taste would just clash terribly. 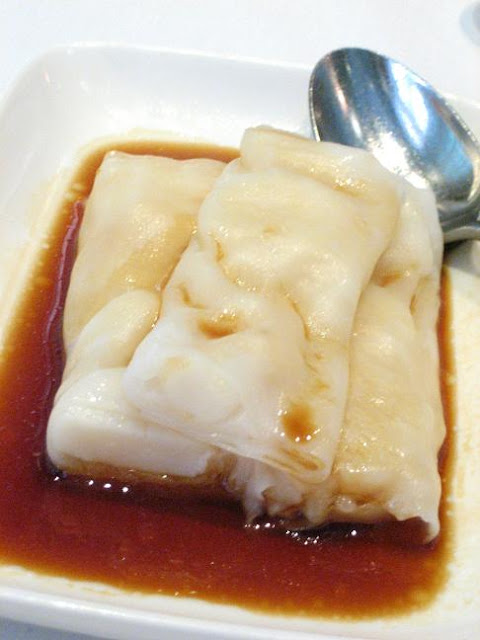 The Crispy Pork Belly ($12) was yummy and easy to like, with a crisp crust and tender salty meat. Definitely good and very decadent. 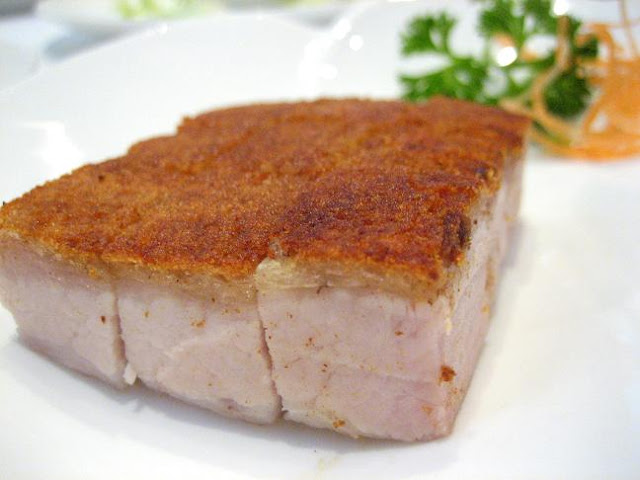 The Peking Duck ($65) was luxuriously served with caviar and a freshly-made flour wrap that wasn't too thick. 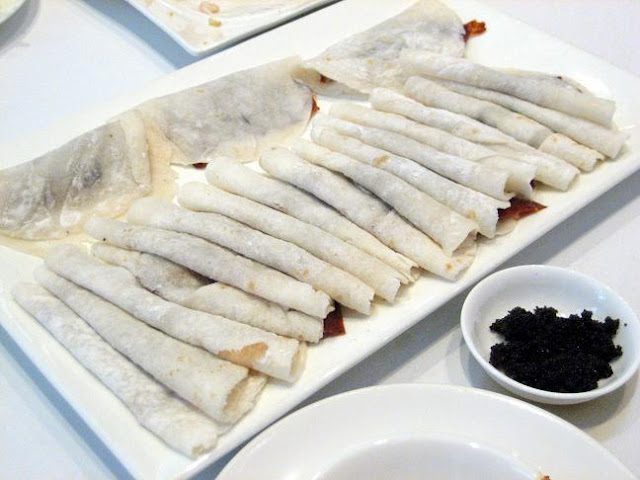 This was easily one of their stellar dishes, the duck was succulent and flavourful, with an incredibly crisp and crackling skin. I have to say that I'm really not a fan of caviar though. 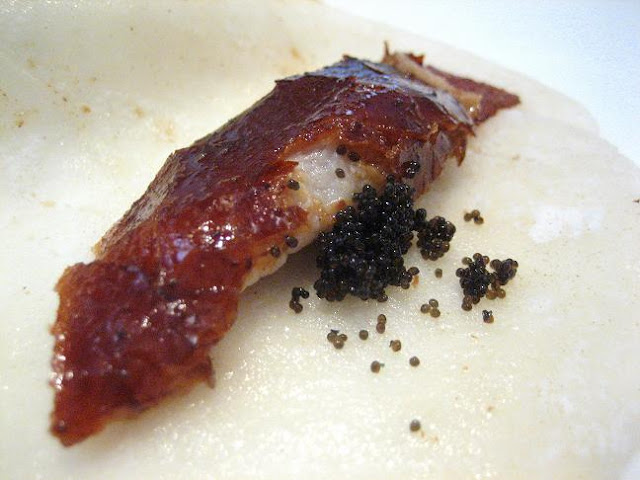 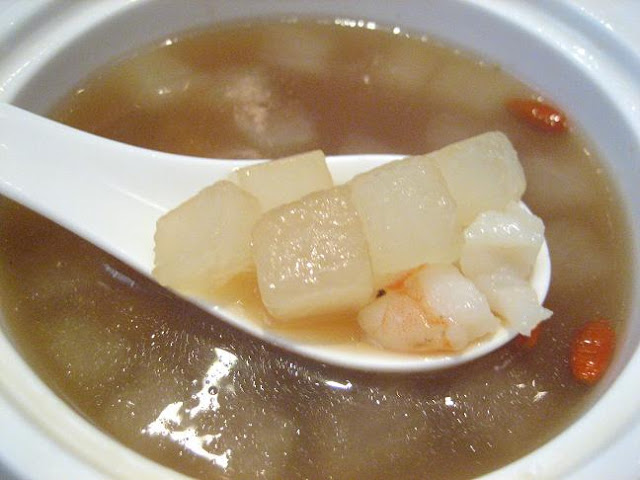 A colleague got the Lobster Bisque ($10), smooth creamy sweet and not too heavy. This had an entire lobster claw served in it. 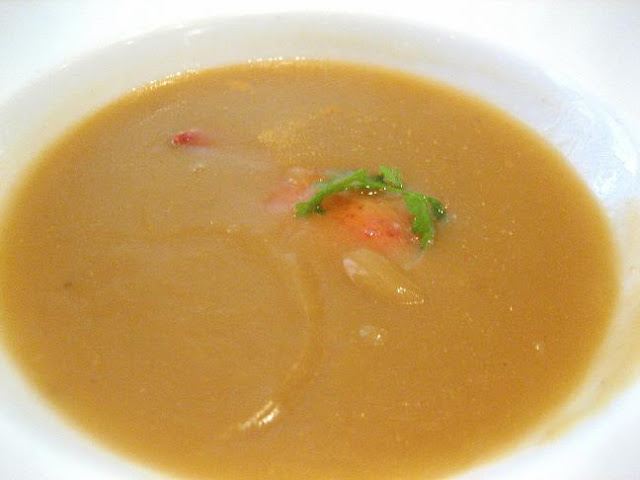 Crispy rice crackers were served alongside the bisque for dipping. The plainness of the rice crispies balanced out the richness of the bisque nicely. 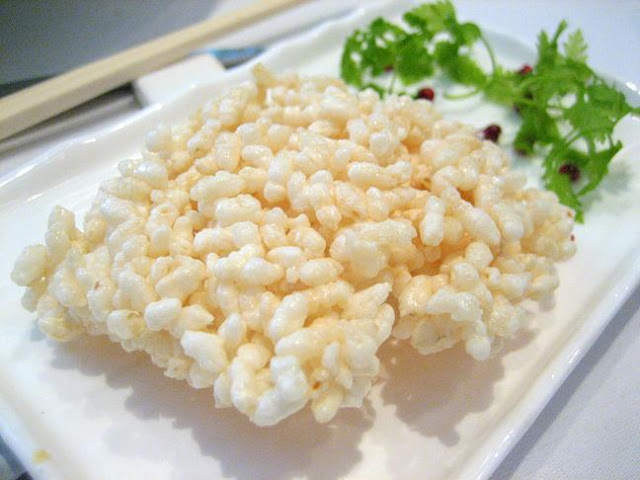 We also got the much-raved about Lobster Noodles ($88, serves up to 5 persons), which was just alright. They were very generous with the lobster, but I didn't understand the prevalence of ginger as a seasoning ingredient. This would have done very well with just garlic and spring onions. The addition of ginger was one ingredient too many. 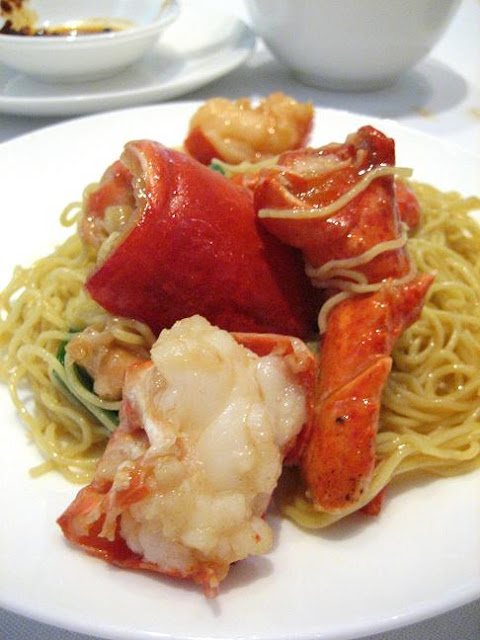