We were gutted when Joo Chiat (Teck) Teochew Porridge closed down sometime earlier this year. It was our favourite Teochew porridge joint, our regular go-to for simple comforting fare, and we'd loved it so...so much so we would actually drive all the way to its far East location at Frankel Ave.

It was just the absolute best and no one else measured up. Since then, we've been on the hunt for a worthy substitute.

Which brought us to Heng Long Teochew Porridge. It made the news about a year ago when a brawl broke out in the wee hours of the morning at the coffeeshop. Salacious, albeit unsavoury, activity aside, I remembered that reports of the scuffle had also mentioned that Heng Long was a popular Teochew porridge joint frequented by taxi drivers. And we all know how taxi drivers are the most reliable sources of hawker gems.

And so we made the trek to Upper Serangoon, which was so far northeast it was more like Hougang really. [quick random musing: I don't know why, and I can't quite put my finger on it, but I've never really ventured to Hougang. It just seemed a little more inaccessible, a little more unknown, than say, Ang Mo Kio or Serangoon Gardens, two townships flanking Hougang. Maybe its status as an opposition stronghold has resulted in the state media's abstinence of its dining treasures. Or maybe it's true that there really isn't much to eat in Hougang. Whatever it is, Hougang just seems distinct from its neighbouring towns. There's a sort of sleepy kampung feel retained, a vibe of a slower pace, that permeates the town.]

And back to regular programming: we weren't impressed with Heng Long. The selection of dishes was staggering, and while most of the dishes were above average, it was no Joo Chiat Teochew Porridge. 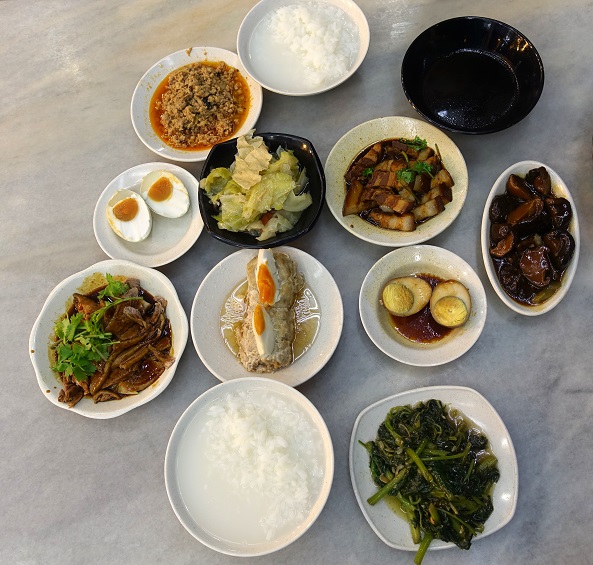 The Braised Duck ($5) was decent, the meat was tender and just shy of super fresh. 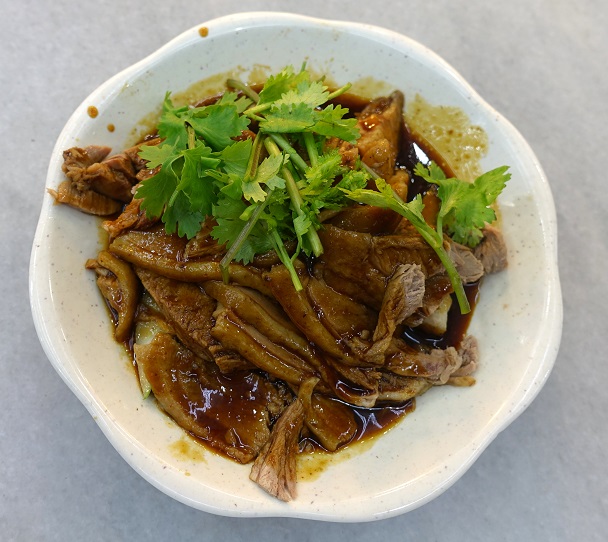 The Braised Pork Belly ($4) passed muster, but I suspect those sensitive to the smell of pork would find this a smidge pungent. 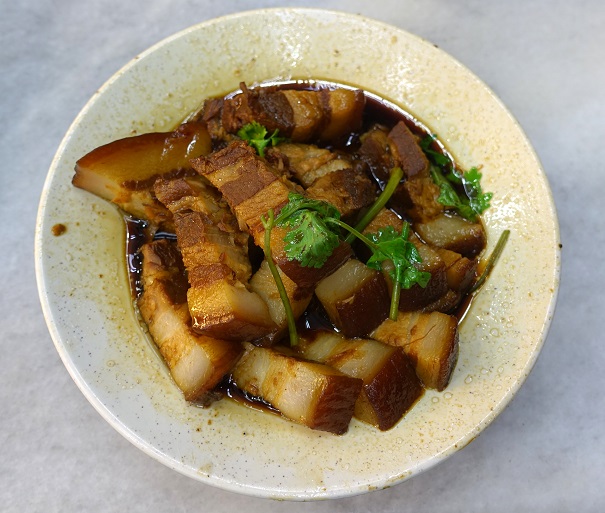 The Braised Cabbage ($2) was lovely, the sweet of the vegetable had melted into the garlicky shrimp stock. 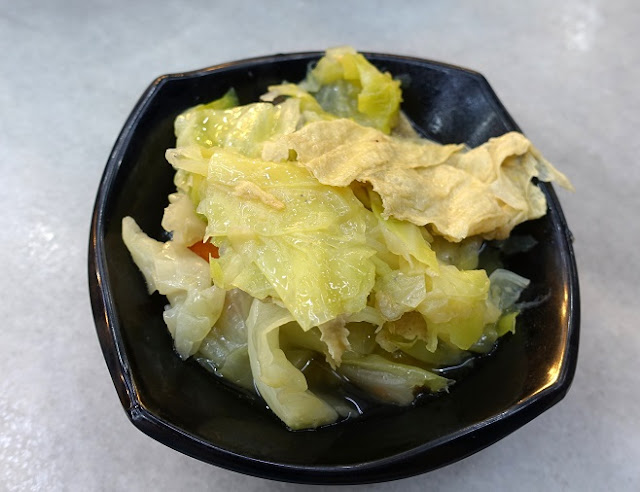 The Sauteed Spinach ($2), laced with onions and ikan bilis, had good flavours but had obviously been on the burner too long, it was wilted to the point of disintegration. 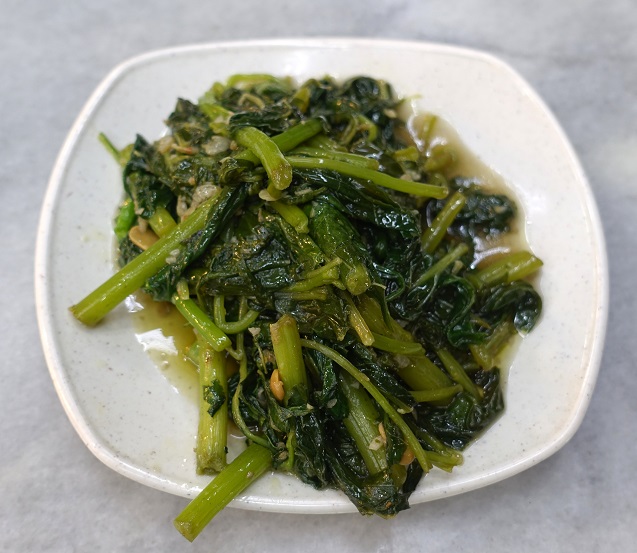 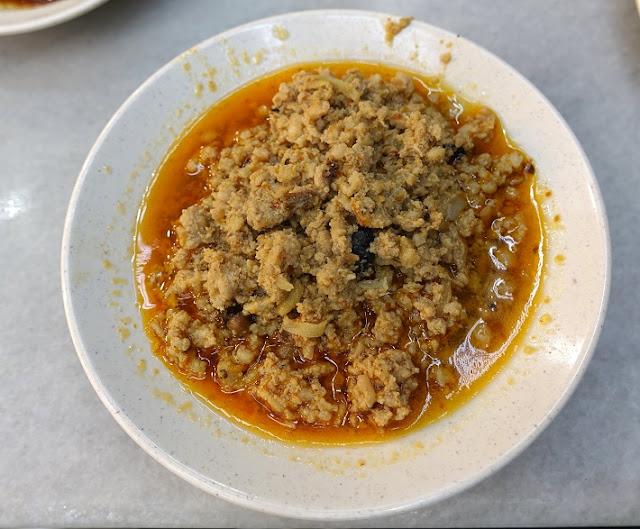 The Steamed Pork Patty with Salted Egg ($4) was a dud. The pork was dried out and so we just picked the salted egg wedges off. 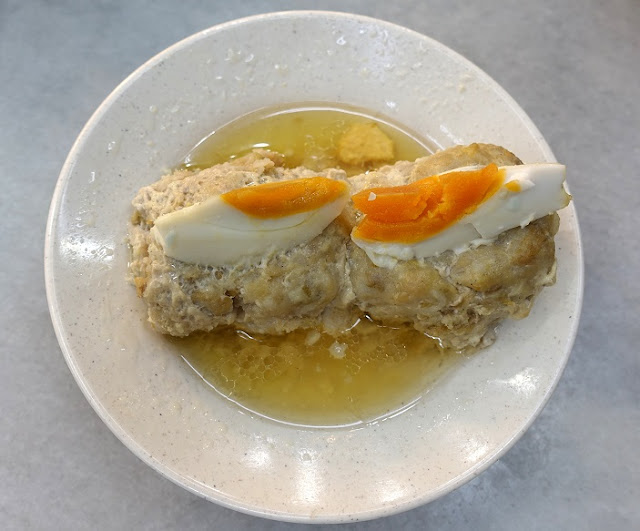 A staple of all Teochew porridge meals, the Salted Egg ($1) was unremarkable but delicious. 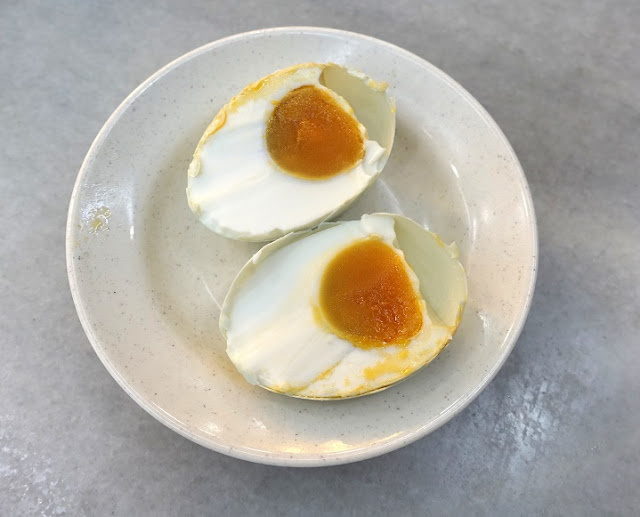 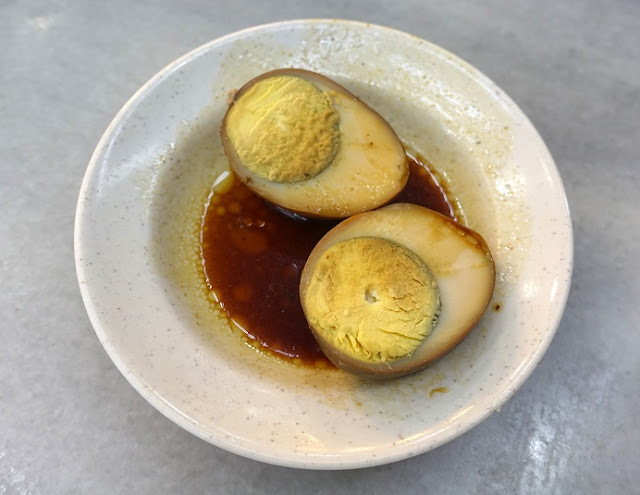