We were in Marina Bay Sands for an event when we thought a juicy burger would make the perfect complement to all the champagne we'd been imbibing. So we popped into DB Bistro Moderne upstairs for a late dinner.

DB Bistro has been on my to-eat list since forever. I haven't been to its Michelin-starred sister restaurant in the Big Apple, but I grew up on a diet of tv reality shows/cooking competitions such as Masterchef and Top Chef, both of which hosted restaurateur/chef Daniel Boulud as a guest judge. So, obviously there was some kind of standard expected of an outpost of a Michelin-starred celebrity chef. Unfortunately, DB Bistro falls under the curse of most celebrity chef-affiliated restaurants in Singapore. The food, while adequate, was dismally pedestrian, and we walked away full but thoroughly unsatisfied.

A surprising hit, and undisputedly the best dish of the night, the Mediterranean Seabass ($25), beautifully burnished and boasting crisp of skin, was flavoured with brown butter and topped with a caper-raisins blend for a salty piquancy. Sided by cauliflower done two ways, a smooth mash and roasted florets, this was delicious in every aspect. A must try here. 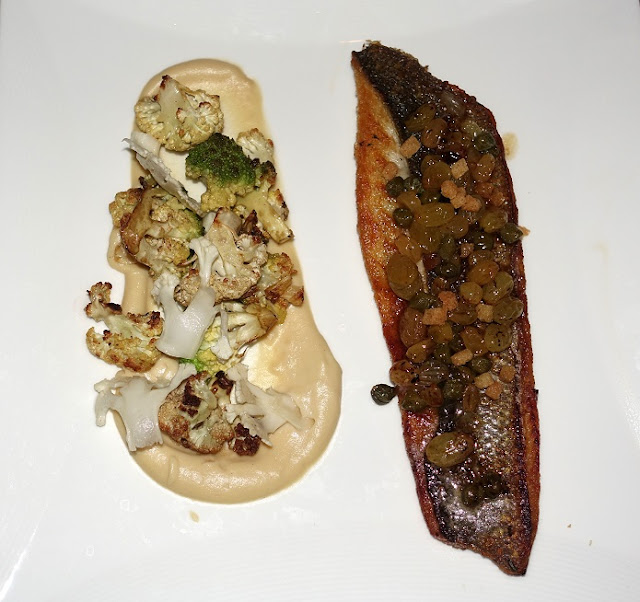 The Coq Au Vin ($38) was lackluster. The red wine was too blubbery, too honeyed, and too miserly in portion. And the roasted chicken topping was just superfluous, its delicate taste overwhelmed by the richness of the red wine sauce. 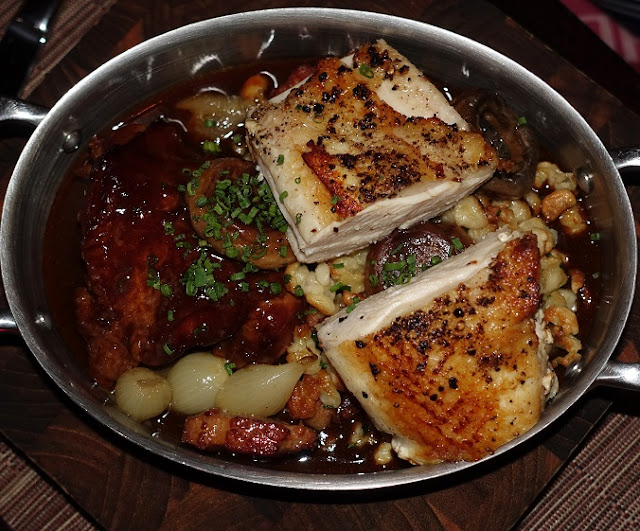 The Original DB Burger ($45), a signature here with a hefty short rib mince patty stuffed with melty foie gras, and sandwiched between parmesan laced buns, was competent but far from mindblowing. The shoestring fries were pretty addictive though. 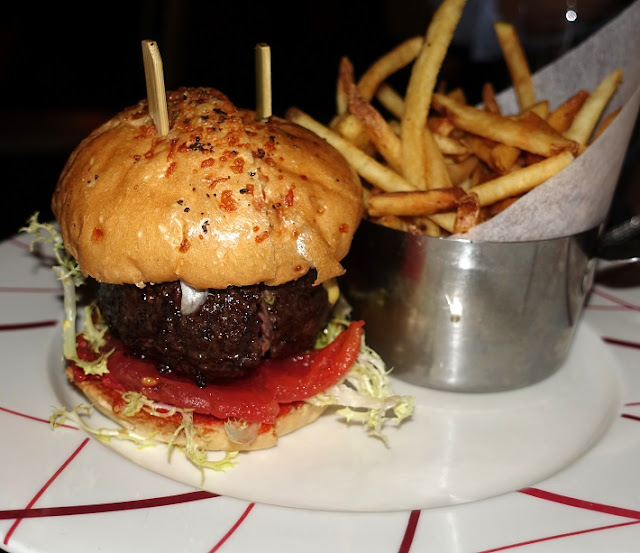 I could hardly make out the shellfish in the Lobster & Cauliflower Gratin ($25). There were lobster chunks a-plenty, but the sauce was plain as day, with barely a trace of the umami of lobster stock. A blah, middling side dish. 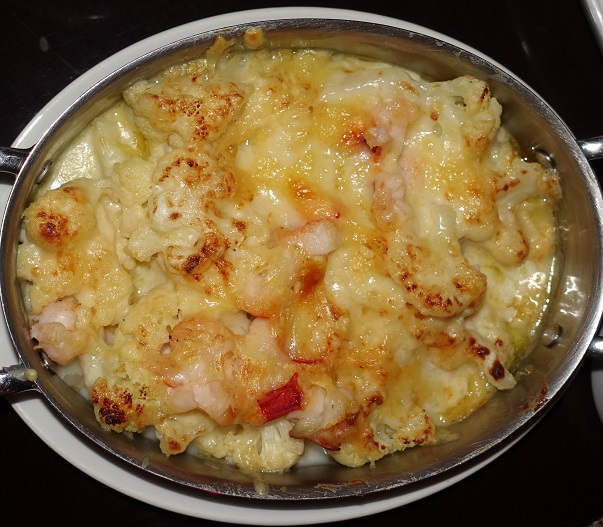 The complimentary bread basket comprised bagel rolls, foccacia loaves, and crusty baguette. This was remarkably fantastic, with the bagel rolls taking the prize for its chewy texture and wonderful salty-sweet notes. 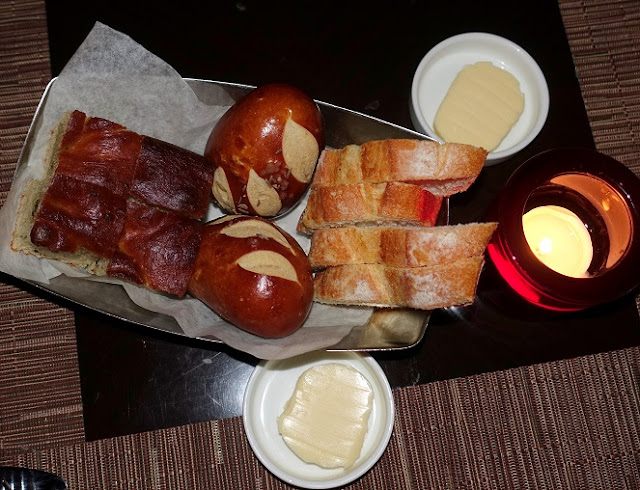