During the 80's and 90's, Sin Kee in Margaret Drive was one of the more notable chicken rice hawker legends. Then he passed on, and his sons have now taken on the mantle to carrying on his legacy. There's the one at Holland Drive which was just awarded a Bib Gourmand, and there's the other one at Havelock Road, just down the row of eateries where we used to eat Teochew porridge, post-clubbing.

At first blush, the eatery looks a gimmicky simulation of an old-school street hawker. The street murals of an 80's Singapore, the stone tables, the wicker chairs, the tricked out menu extensive with a number of cze char fare, and the near-empty restaurant, don't exactly inspire confidence. But strip away the artifice, and skip over the gloss, and you'll find really awesome chicken rice.

Also, we've noticed a steady stream of customers taking away their chicken rice, so the shop actually does a roaring good business despite the appearance of an in-house crowd. I suppose that's also why, although we were the only patrons in the restaurant, our dishes took so long to arrive at our table.

The Chicken Rice Set ($4.30) looked all pretentious kitsch, but was really a flawlessly delicious plate of chicken rice. The poached chicken, slicked with a delicate soy-based sauce, was smooth and succulent. The rice was flavourful without being drenched in oil. The ginger-spring onion blend was sharp and punchy but balanced, and the chilli was equal parts piquant and spicy. 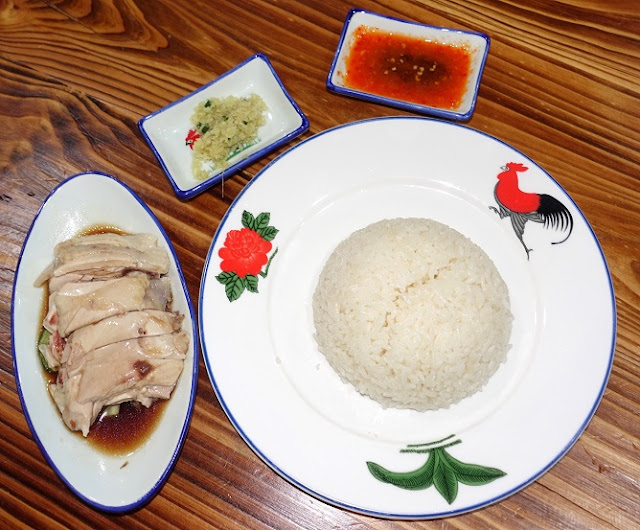 The Soya Chicken Hor Fan ($4.50) didn't fare as well. The chicken was, notwithstanding the fact that it was a drier breast cut, flavourless, and this needed a lot more sauce and chilli to kick it up a notch. A disappointingly pedestrian bowl of noodles. 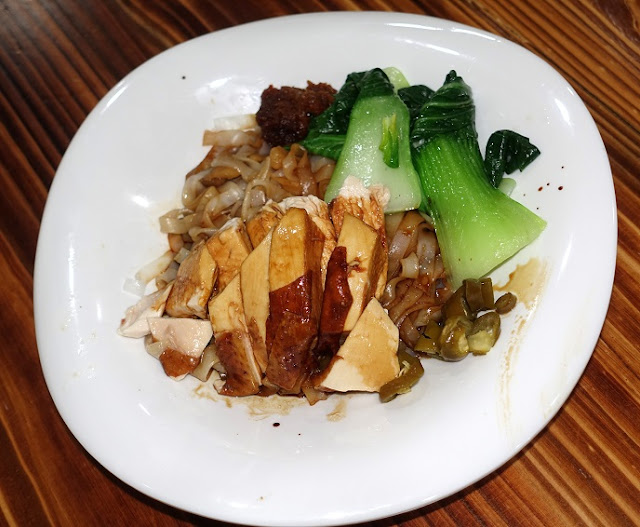 The Lava Egg ($1) was adequate in texture, but needed a few more hours steeping in a soy marinade for a tastier finish. 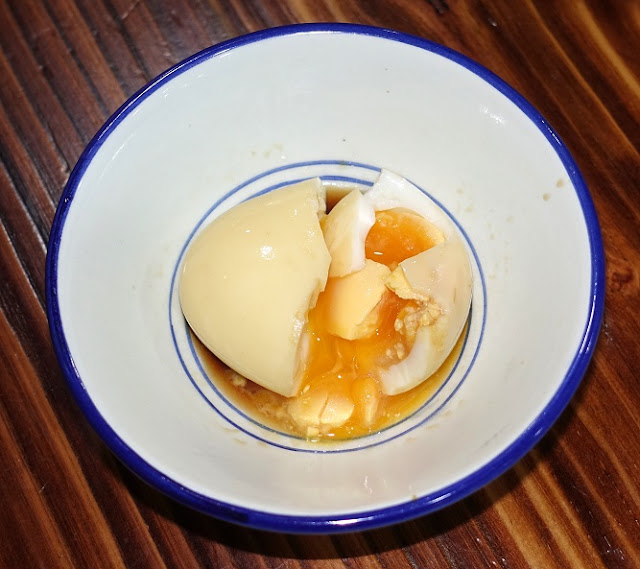 The Sauteed Spinach ($8) was simple and homespun, if a smidge amateurish. There were blobs of gloopy bits scattered throughout the clear broth. 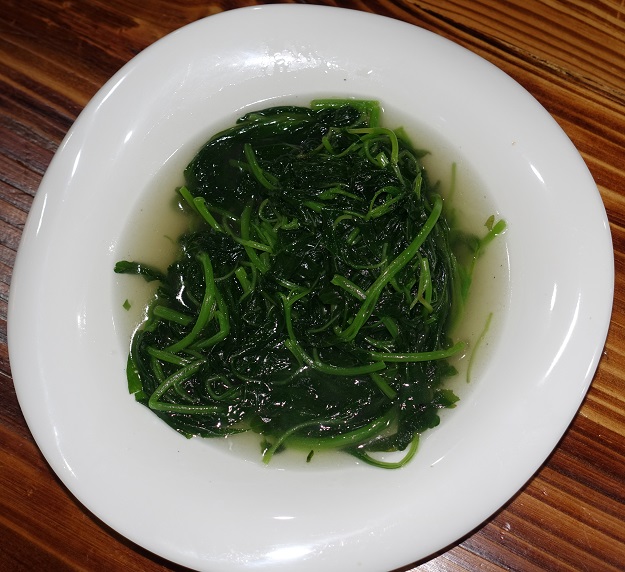