There are very few things I can stomach whenever I'm sick and feeling crummy: porridge ranks top of the short list. There's something about drinking rice that's just so comforting and fortifying.

So, I was recently down with an especially virulent flu, and craving Teochew porridge in the middle of the night. With a hacking cough and difficulty breathing when lying down, I couldn't sleep anyway. My favourite Joo Chiat stall was a little too far away, so a friend told me about Ye Shang Hai Teochew Porridge, a late-night joint that's on the fringes of town, and crazy popular with taxi drivers.

Turns out I've passed by this coffeeshop many times, our favourite Hainanese curry rice hawker is just at the coffeeshop round the corner. For some reason, we just never ate here.

At just over $20 for 9 dishes, Ye Shang Hai Teochew Porridge is incredibly wallet friendly. I don't think it's as fresh as Teck Teochew Porridge, but it's probably a more worthwhile option this side of the island that's open this late. And, I found the homecooked familiarity of the dishes here wonderfully appealing. 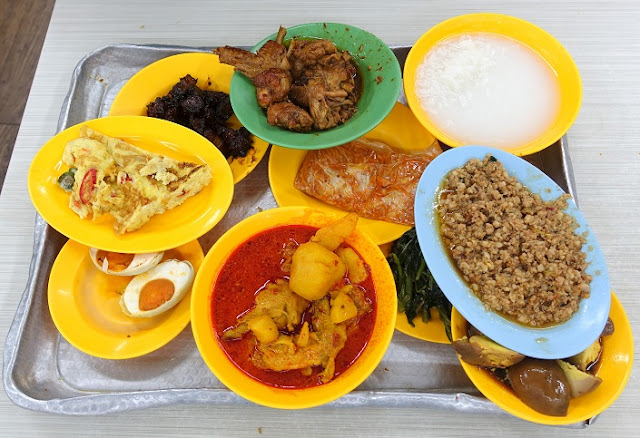 Fresh off the wok, the minced pork stewed with black bean and ginger was punchy, but I could have done without the sharp bite of the ginger strips. 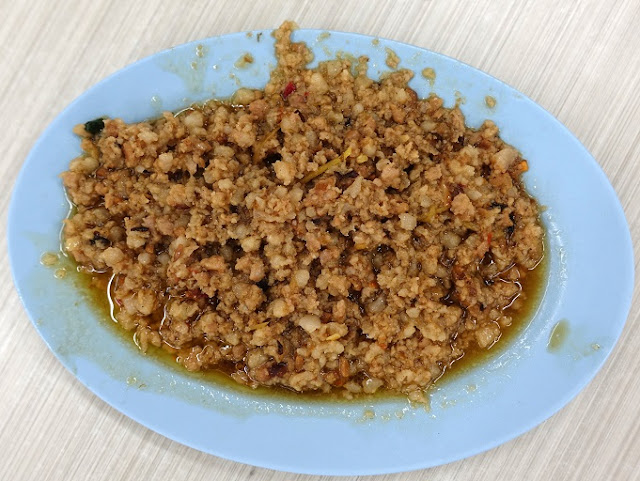 The candied pork was surprisingly tender, and not rock-hard; the smoky char of the stickily sugared glaze was quite addictive. 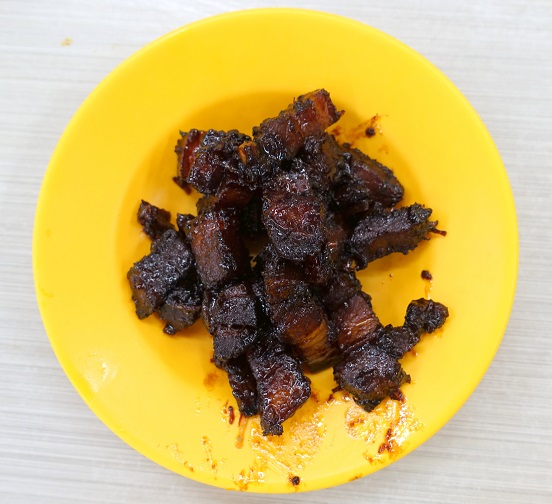 Though pedestrian, the curry chicken was rich and fiery. 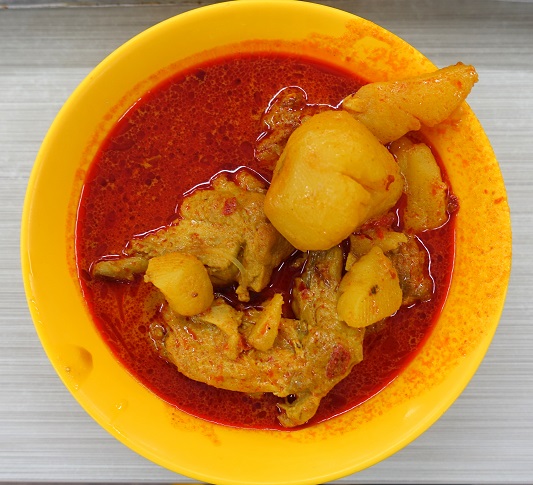 Ditto for the oyster sauce chicken, it was oily but succulent and homestyled. 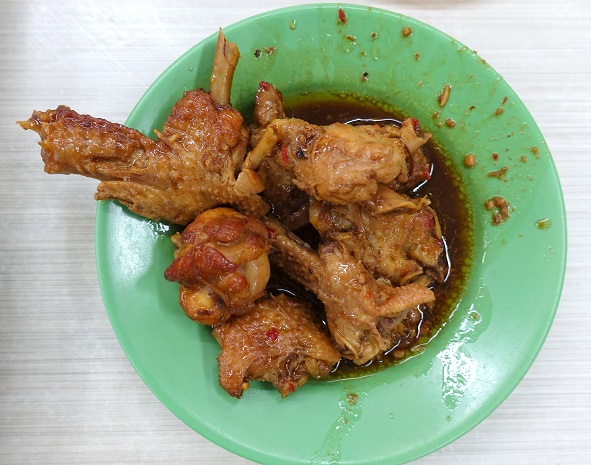 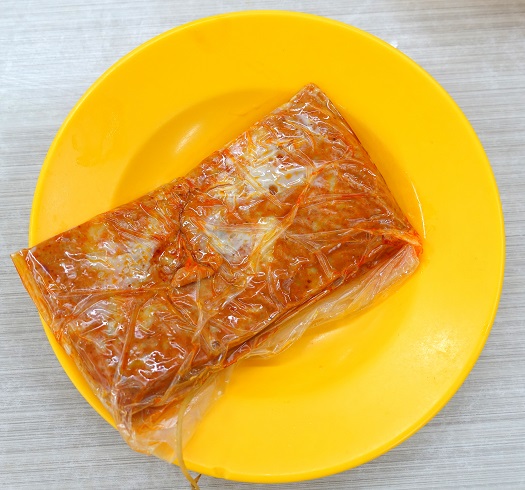 The omelette, studded with chilli and minced pork, was decent. 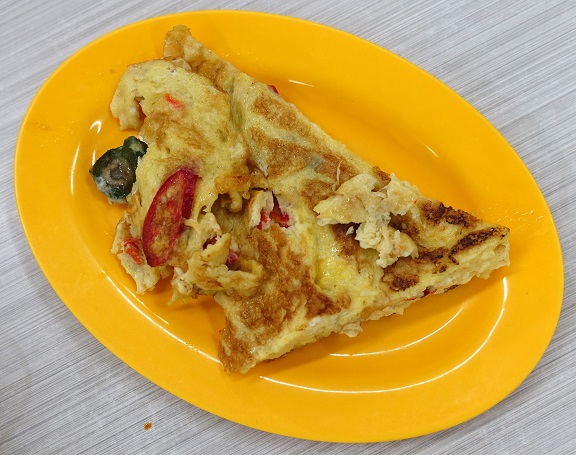 I liked the braised egg, it had a delicate flavour and wasn't boiled to oblivion. 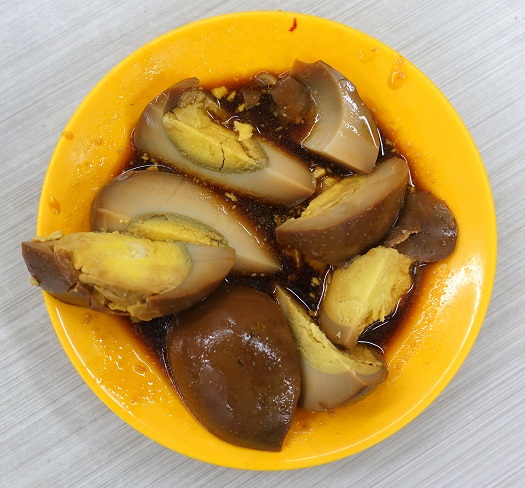 A must-order whenever eating Teochew porridge, the salted egg was standard ok fare. 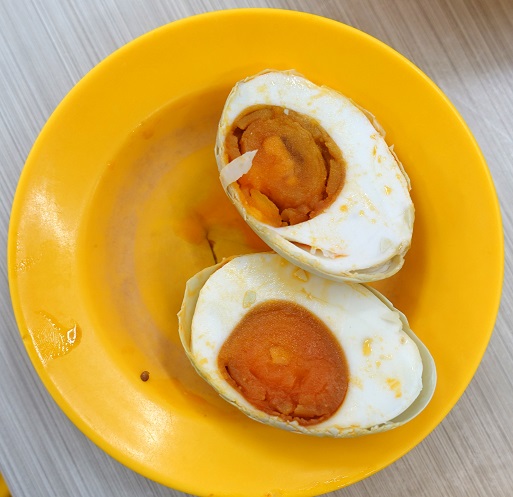 The sauteed spinach with ikan bilis was nuanced and delicate. 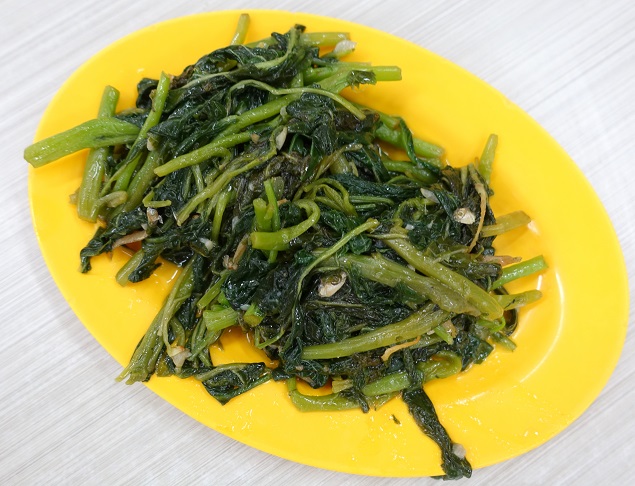