We'd been eating Chinese food non-stop the past few days, and wanted a change-up. So, we headed to Ruth's Chris Steakhouse for some classic Americana.

What I love about Ruths Chris is its hearty fare, finessed with sophistication, cosy intimate ambience, and attentive but unintrusive service. Surprisingly though, it's criminally underrated, and generally operates at a less-than-full capacity. All the better for us then, as we hardly ever need to make reservations for a last-minute dinner.

A fantastic appetizer, the Sizzlin' Jumbo Scallops ($33) were charred to perfection, set atop red pepper pesto, and touched with a light drizzle of lemon butter. . 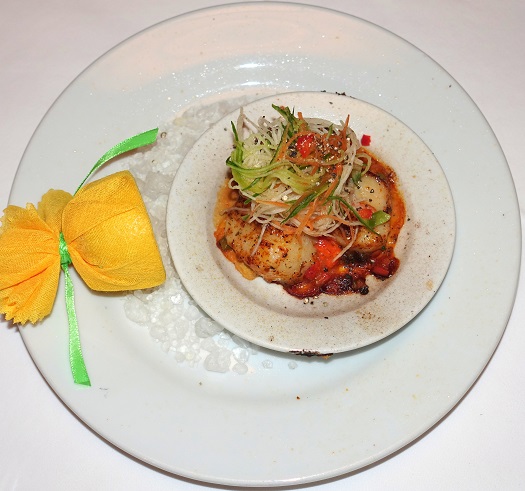 A must-try, the Sizzling Blue Crab Cakes ($35 for 2), a loose lump of sweet blue swimmer crabmeat dotted with red and green peppers, and seasoned with herbs and spices, was served sizzling with a bright and savoury lemon butter. Best crab cake I've ever had, bar none. I'd originally planned to share a portion with the Hubs, but immediately regretted the decision after 1 bite. Suffice to say, we ordered another portion, so we each could stuff our faces with both crabcakes. 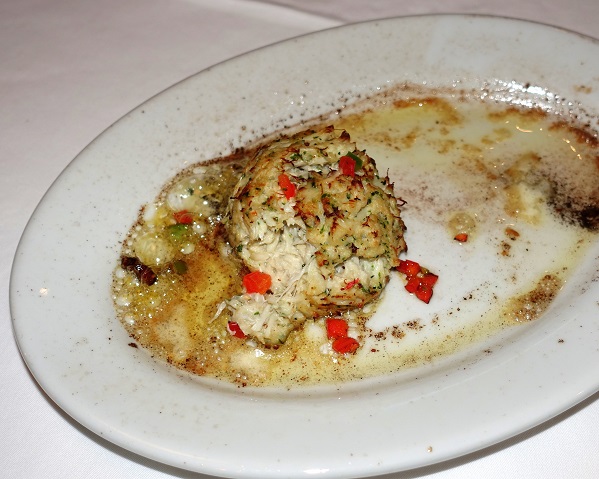 The Spinach Salad ($23), a simple medley of sliced red onions, white button mushrooms, crisp bacon bits, and chopped egg, was tossed in a piquant bacon dressing. This may have been intended as the obligatory green dish, but we inhaled it like it was the highlight of dinner. 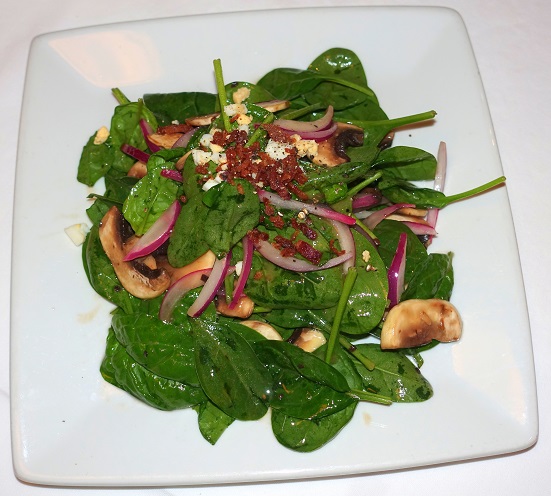 The surf-and-turf option was a USDA Petit Filet & Shrimp ($80 for 8-ounce), comprising a lean but tender and flavourful 8-ounce fillet stacked with 3 humongously fat shrimp. Perfect for those wanting a little of everything, but without compromising on flavour or the resultant fat-guilt after. 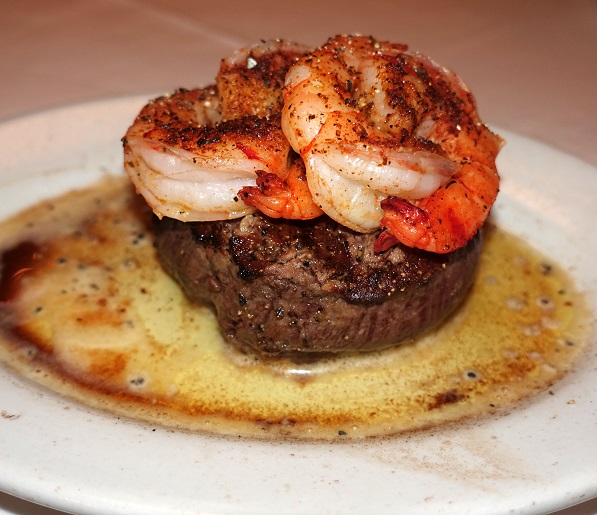 Best for red meat lovers who aren't too concerned with cholesterol levels, the marbly USDA Prime Ribeye ($85 for 12-ounce), seasoned just-so with salt, pepper, and butter, was juicy and all kinds of decadent. Tbh, if I didn't have a medical checkup due this week, I'd have gotten this. 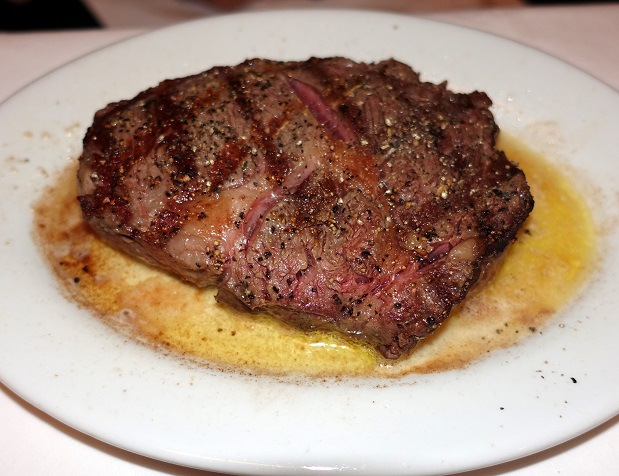 A vegetarian entree which we ordered instead of sides, the Grilled Portobello Mushrooms ($45) was a melange of grilled greens, with grilled asparagus, white button mushrooms, buttered portobello, poached broccoli, and fresh cherry tomatoes, on a bed of fluffy garlic mash. Excellent stuff.