We finally got to sample the Ramen Champion concept, where 6 Japanese ramen heavyweights are housed in a Marche-like food hall. The concept goes like this: 6 well-known Japanese chefs, lauded in their homebase of Japan, are brought over to Singapore to set up satellite stalls at Ramen Champion to serve up their brand of ramen for a year and vie for diners' votes. At the end of the year, the votes and sales figures of each ramen brand are tallied and an eventual winner is gifted with seed money and operational help to set up a permanent business in Singapore.

I like this concept. This way, you get to try ramen native to the different prefectures of Japan all in one place. Beware the portions here though, because even big eaters like us had trouble finishing the regular portions (there are only regular or large portions here, btw). I suppose that's the nature of ramen, hearty and substantial, a relatively cheap way to completely fill up your tummy during cold weather.

Ramen Champion works like the Marche system, so it's entirely self-serviced. But like an izakaya version of Marche. Each person gets a card, much like a credit card, when they enter Ramen Champion. Sit anywhere you like and get any ramen from any stall that tickles your fancy. When ordering, hand over the "credit card" so the staff can debit in the amount due. You are then given one of those electronic buzzer things so you know to collect when your ramen is ready. You pay just before you leave at the cashier's, using that same "credit card".


Gantetsu, the only brand featuring Sapporo-style ramen, the Miso King Cha Shu Men ($15), to which Corn ($1) was added. The hearty broth was a creamy and sweet concoction with a pork and chicken base, while grated ginger lent a cutting bite through the grease. Shredded softened cabbage were laced throughout the generously portioned dish, with crunchy julienned black fungus, refreshingly clear beansprouts, and juicy corn kernels. The soy eggs were a perfect 80% doneness, while the fatty pork slices were tender and packed with flavour. 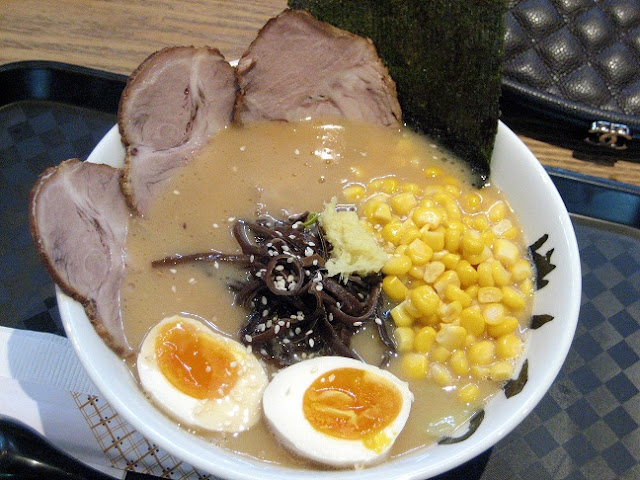 Noodles are springy and thin. 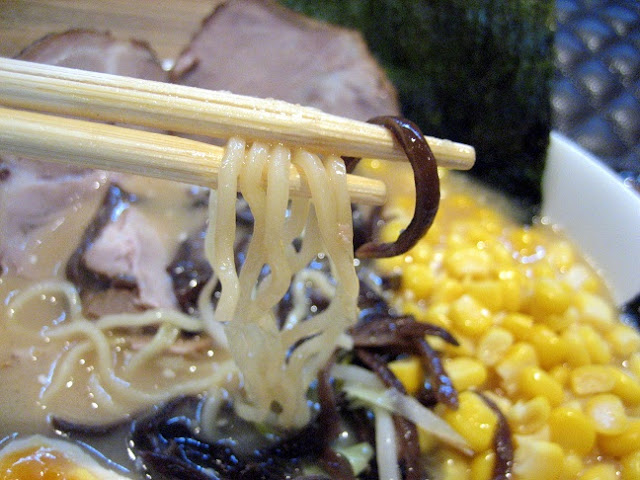 Menya Iroha's signature, the Black Negitama Ramen ($14.95) consists a richer broth utilising shoyu for a tangy, salty taste with a roasted, charred edge.We preferred this over the Gantetsu's miso-based one. Chives and spring onions provided a refreshing tint to the potently robust but still fairly light soup. Seaweed, soy eggs, char siew and bamboo shoots adorned this dish.I've realized that ramen is an innately personalised thing. Some swear by miso based ones, while others are die-hard tonkotsu fans, but the rest are shoyu or shio loyalists, no matter the name brand of ramen. I do have to confess that we belong in the shoyu and shio camp. I think that's why we love Menya Iroha's shoyu base so much. 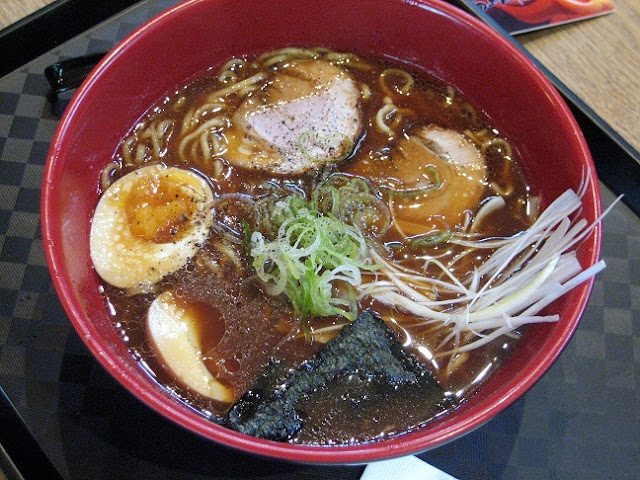 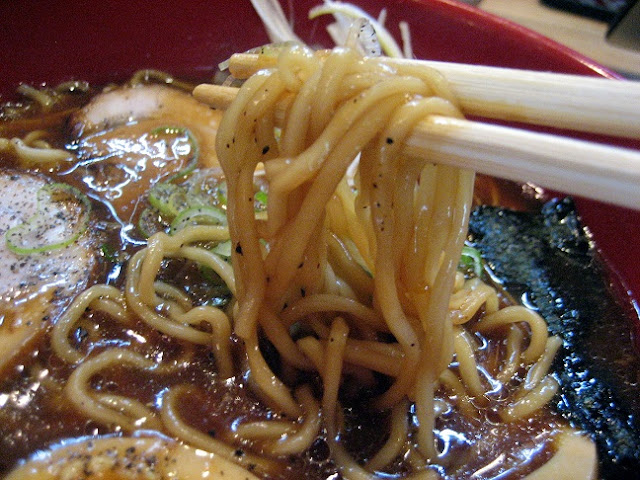 ^5! i favour shoyu bases too. Better depth of flavour as compared to shio IMO.

I have to admit, my fave is still Men-tei's shio ramen. Heh. Though Menya Iroha's shoyu version is really quite slurpilicious.

Thanks for the recommendation. Will go try it soon!

Ramen Champion disappoints too much msg and too salty.