Jay and I were headed to the NUS Law School for duty at the Careers Fair when we stopped by River Valley for a quickie lunch at Teochew Cuisine Restaurant. This was Jay's recommendation for good fish soup. While I usually trust Jay's fairly refined taste in food, this turned out to be a dud.

The main gripe of lunch was that the air-conditioned area of the eatery reeked of ammonia-tinged sewage and/or sour rancid rotting food. That was enough to put us off quite a lot already. Then we realized that the staff were all (that we could see anyways) PRCs. I don't usually stereotype but this was quite the unfortunate case of putting two and two together, a staff full of PRCs and the ridiculously smelly restaurant. But I still wanted to give this place a chance. So, we sat in the outdoors area, which had wet spots because the fridge containing the canned drinks was leaking. The management really needs to do an overhaul of the restaurant's equipment and ventilation system. Suffice it to say, I won't be back. And I won't be recommending anyone to this place either. In fact, I'll advise people to stay away from this place. Just think, if the restaurant smelled like that, what do you think the hygiene levels of the kitchen are like?

We got the Sliced Fish Soup ($4), which, funnily enough, was off the menu. This was mixed with beancurd skin, bittergourd, lettuce and seaweed. The broth seemed delicate and light enough, not too obvious with the MSG, but I'd admit I didn't have much of the soup anyway, I was sweating buckets and trying to finish up my meal quickly to go. 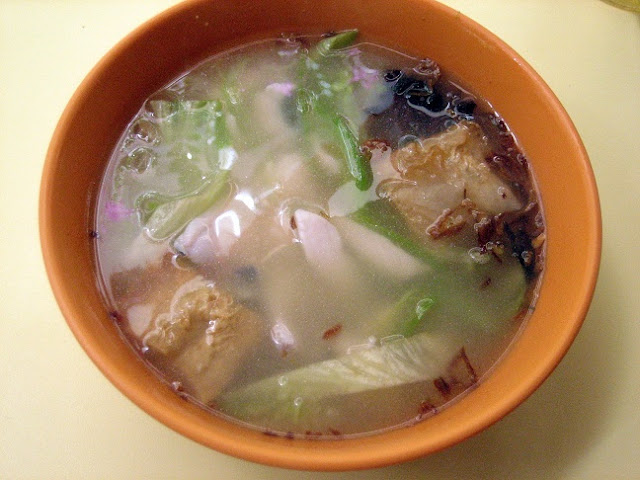 While the fish seemed fresh enough, I just wasn't impressed. Methinks it'd undergone the milk treatment because it was a little powdery in texture but devoid of any fishy smells. 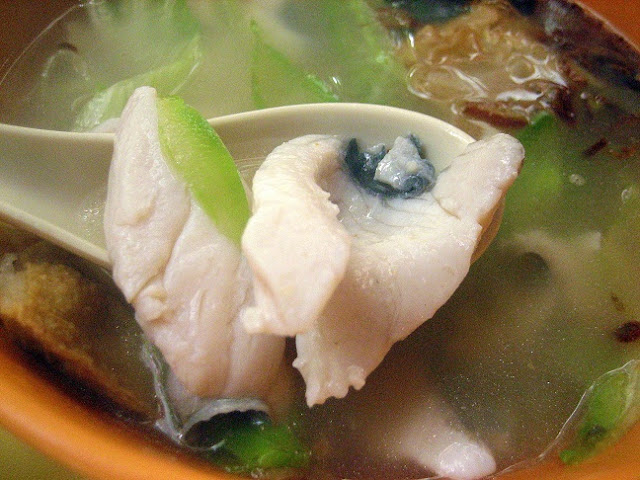 is this the same one as the restaurant in bukit batok?

Yes, I do eat carbs. I just stay away from it sometimes when I'm feeling bloated.

Not sure about whether this River Valley restaurant has any ties to the one at Bt Batok. Either ways, I think I'll just stick to Swa Garden or Mong Hing for my Teochew cuisine fix.

Maybe Jay does not go there for the food...LOL!!!!