We stopped by Serenity Spanish Bar & Restaurant for a bit of dessert after dinner at Tajimaya Yakiniku. While we only had dessert here, I don't think we'll be back to try the rest of the menu. Firstly, water apparently costs $2 here. I'm usually alright with paying for water, at a reasonable fee of course, but $2 is quite ridiculous. Also, with the dismal dessert sampling, what's to say that the rest of the menu would have been good? I think I'll stick to my favourites, like Don Quijote and Octapas, they have proven to serve up much better Spanish food, and way better churros.

The Churros ($10.80), fried cruellers served warm and toasty, with dense but soft insides, were alright. These were plain, not bad but not great either.. 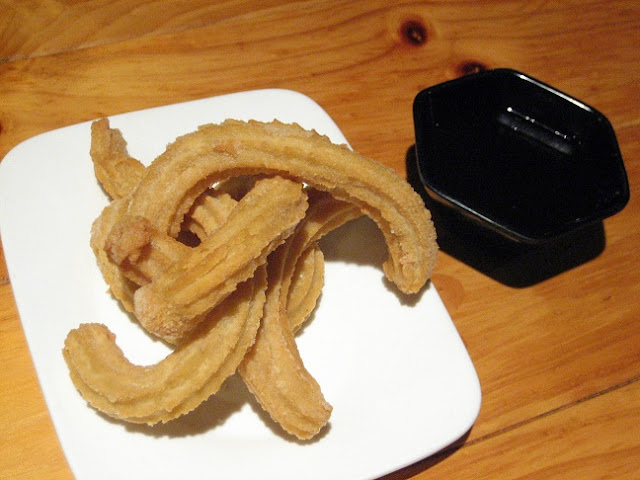 But the dipping hot chocolate was another thing entirely. There was something in the chocolate that made it so awful. I always thought that the chocolate syrup accompanying churros need to be good enough to eat on its own, but this was awful. I wouldn't have eaten or bought this grade of chocolate. It tasted off, like a really lousy additive was put into the chocolate, though we couldn't quite identify what it was exactly. Suffice it to say, we left the chocolate alone and ate the churros on their own. 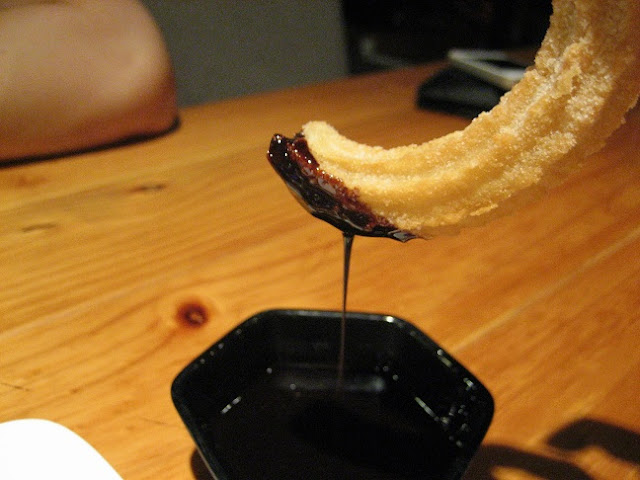 This is not somewhere I would go again. Went once, food and service was forgettable.

Exactly, and we hated the chocolate.