Lips and I met up for dinner at Patara, our first monthly meet-up for 2012. I miss the food in Phuket, and Lips was trying on a vegetarian diet, and Patara Fine Thai fit the bill. The high-end Thai restaurant's dedicated a section of their menu just for vegetarian options. We were led to a booth seat, super cosy for us gals to yak the night away. Per "standard operating procedure", we ditched our other halves for dinner, but they were due to join us later for dessert. I love going out with Lips, we always have a blast and we never seem to have enough time when we're together.

As usual, the food was pricey, but authentic. Ambience was kept relaxed with warm low lights, but somehow the restaurant was, as before, quite noisy. The restaurant was a full house and diners were using their "outside voices" instead of their "indoor" ones. It didn't help that there was a fussy baby screaming his lungs out on the next table, so much so we had trouble hearing each other and were yelling at each other for most of the meal. Also, one thing I didn't realize the other time dining with Ernie, Ry and the Hubs, was that service here is very sluggish.The service staff are generally not as efficient or on-the-ball as I'd expect of such a restaurant.

We started off with the Satay Tao Hoo ($18) grilled mushrooms and tofu skewers with mildly spiced creamy peanut dip and tart cucumber salsa. 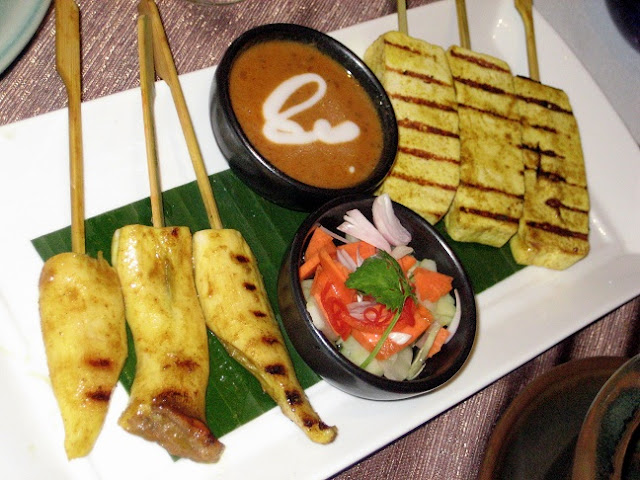 The Tom Yum Hed ($20 per pot), a clear sour and spicy soup with vegetables and mushrooms was the vegetarian version of the tom yum soup. This was manageably spicy so even people like Ernie can take this. 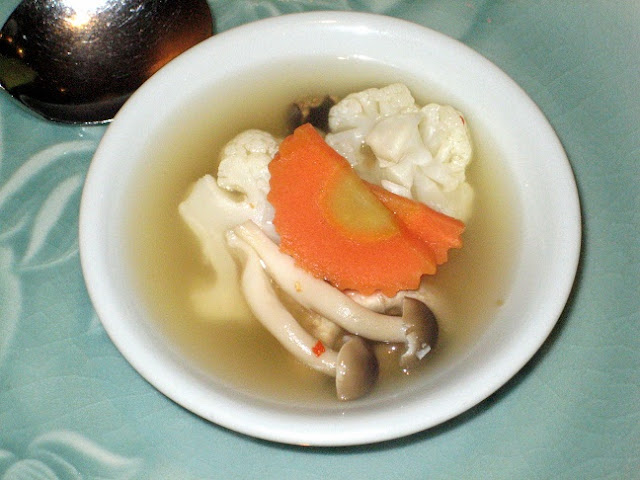 We also had another soup, the Poa Taak Pla Kapong ($23 per pot) another clear spicy and sour soup but laden with seabass. While the soup was nice and the fleshy pieces of fish tasted fresh enough, the fish somehow left a fishy smell on our breath. 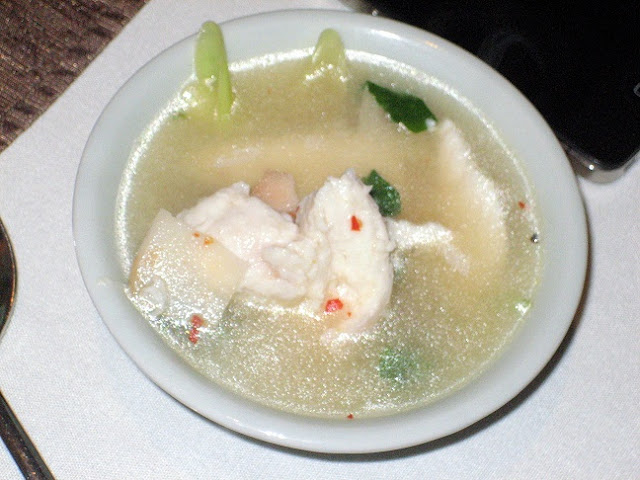 The Gai Goong Phad Med Mamuang ($28) of stir-fried prawns and chicken with cashew nuts and spring onions was both robust and potent, with dried red chillis lending a subtle smoky heat. 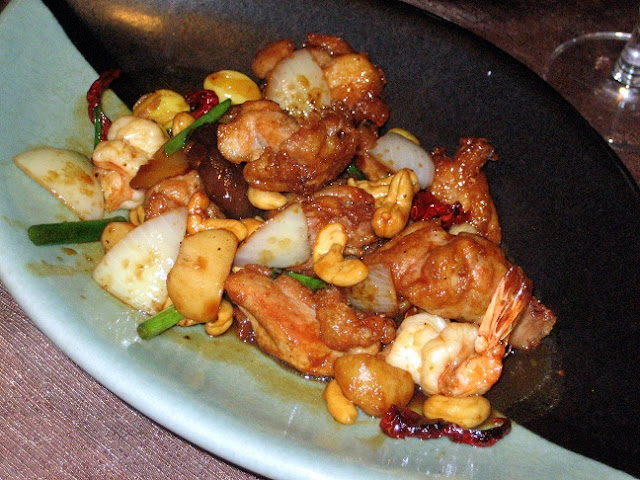 We thought the Tab Tim Krob Ruam Mitr ($13) which was described on the menu as "bubur cha cha", had a very novel presentation. This was refreshingly good, the sweetened coconut milk was creamy and rich but not cloyingly so, while the various toppings were crunchy and fresh. 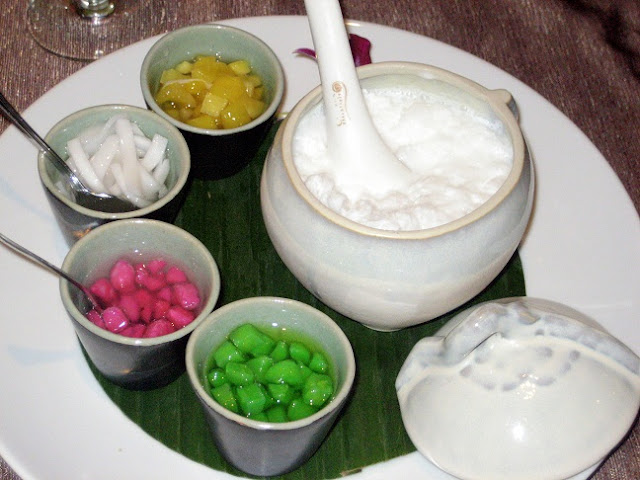