November 18, 2020
야 만세!!! 우리 한국어 테스트에 합격해서 너무 행복 해요!!!
나는 이 테스트에서 사회적 거리두기를 무시하고 남편이 내 대답을 복사 할 수 있도록 옆에 앉았요 😈. (그러나 쉿 🙊🙊🙊 우리 선생님에게 말하지 마세요!)
============================
Monsoon season is well and truly upon us, which means = soup weather is here!!! And with my PMS-induced cravings for spicy soupy carby foods, I wanted something sumptuous and substantive, like perhaps ramen; but unfortunately, most restaurant ramen are so rich, my middle-aged stomach can barely finish a bowl on its own.
And so, I set out to render one myself, something hearty and comforting but not too heavy, with lots of vegetables for balance. I started off with some kimchi that I actually needed to use, sooner rather than later: its continued fermentation had started to make its packaging bloat a wee too precariously, and I really didn't want to have to clean up the mess should the packet burst in the fridge. Kimchi lends itself particularly well to a lively uplifting flavour, and makes for a wonderful contrast to sweet umami miso, which forms the base of this dish with homemade chicken stock.
A quick run to the market netted a tray of beautifully pink kurobuta, some shitake, and a bunch of broccolini. I love sweet corn in my ramen, so I broke out a can of corn kernels and I also threw in some edamame left over from a dinner delivery from The Public Izakaya.
There may seem a great many steps to making this dish, but it comes together really quickly. Also, if you're planning a dinner shindig for a large group, every single component of this dish can be done in advance, and because the final step is simple assembly work, this is perfect because it frees you from slaving away at the stove to entertain your guests. 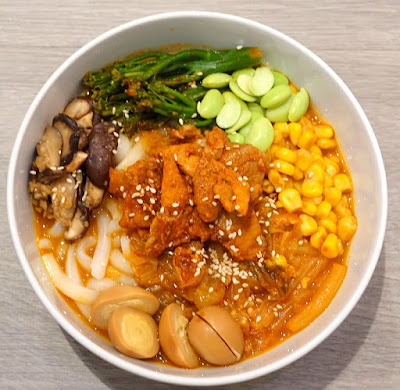 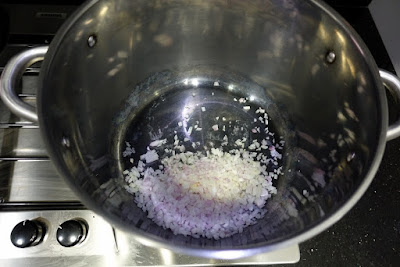 2) Turn down heat to medium, add 1 tbsp minced garlic, toss through for about 40 seconds. 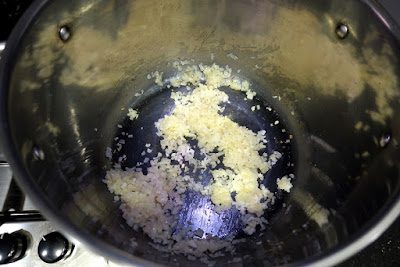 3) Add kimchi, turn up the heat to medium-high, and toss through for about 3 minutes to "dry up" the kimchi so it's not too "wet". 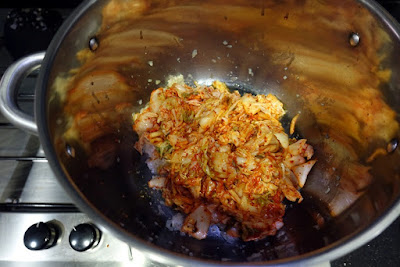 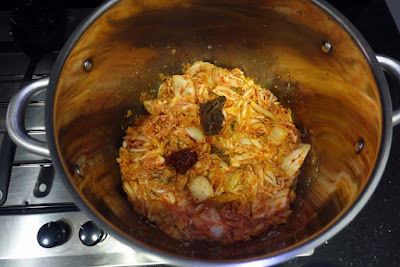 5) Add chicken stock, stir in another 1 tbsp miso, bring to a boil and then lower heat to simmer for 25-30 minutes. 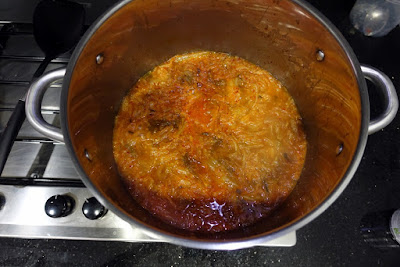 6) In the meantime, using a separate pan, fry 2 tsp minced garlic in 2 tsp canola oil on medium heat, about 40 seconds. 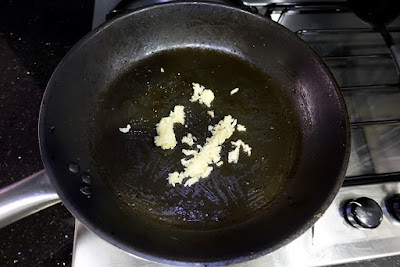 7) Add sliced mushrooms, turn heat up to medium-high, cook through until water released from mushrooms are evaporated. Add salt to season. Dish up and set aside. 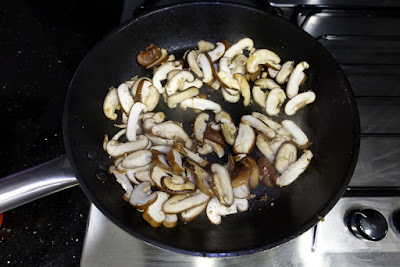 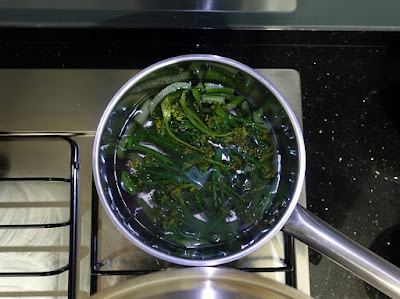 9) Drain the broccolini into the same frying pan that was used to cook the mushrooms, toss with 1 tbsp of gochujang on medium-high heat for about 1 minute. Dish up and set aside. 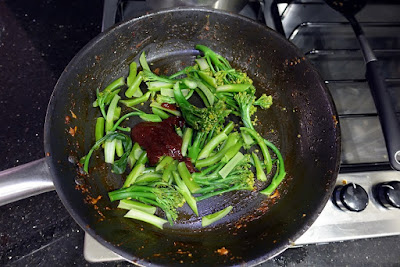 10) Using the same frying pan, fry pork with 2 tsp minced garlic, 1 tbsp gochujang and 2 tsp canola oil, on medium-high heat until cooked through, about 3 minutes. Cut the meat up to whatever size you prefer. Dish up and set aside. 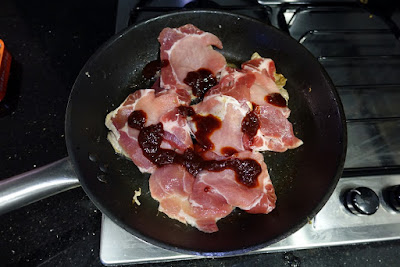 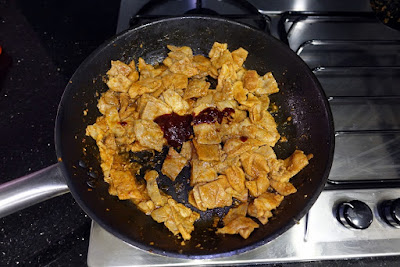 11) In a small saucepan, simmer the corn with about 2 cups of the stewed kimchi chicken broth at step 5, about 10 minutes so the kimchi flavour infuses. 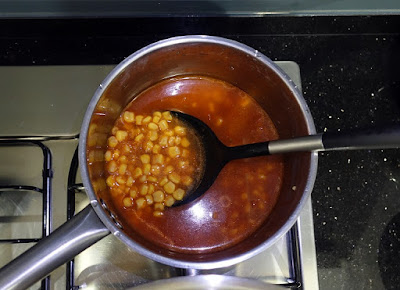 12) The last component to cook before assembly of the dish: cook the udon according to packet instructions, draining the noodles about 1 minute before required cooking time (residual heat and hot broth will cook it through) 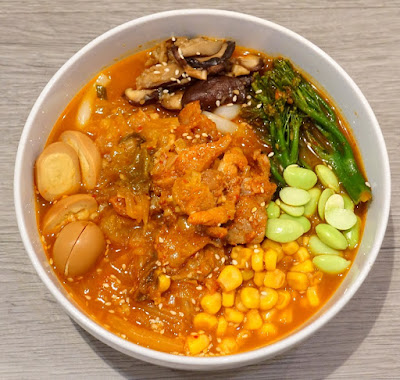 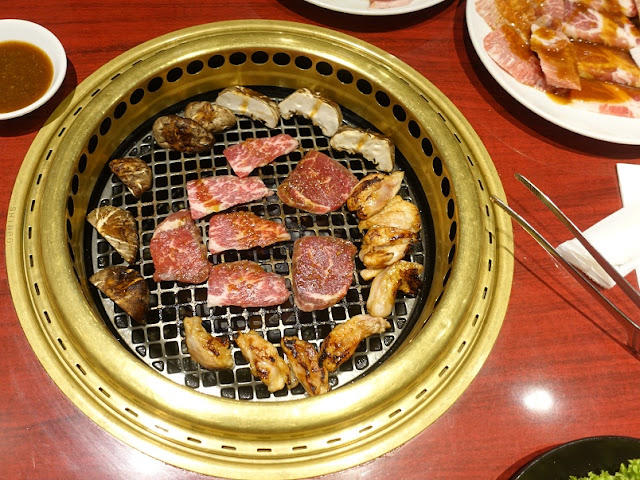 The shopping mall annexed to Concorde Hotel may appear depressingly aged, but like its neighbours Cuppage and Orchard Plaza, it's choc-a-bloc with Japanese restaurants catered to the Japanese expat community. We were walking around the area looking for a dinner place after class one weeknight, and stumbled upon Yakiniku Ao-Chan . We'd seen a bunch of Japanese salarymen walking out, and took that as a positive sign of authenticity. While it can't quite beat our favourite Yakiniku Yazawa for Japanese table barbecue, it is notably more wallet-friendly. And in this regard, I've found that when it comes to Japanese food, there's (usually) a direct correlation between the quality and cost. It's not to say that it's a rule set in stone, because there are exceptions, but it is my experience that the more expensive a Japanese restaurant, the higher the likelihood of superior fare. Yakiniku AoChan costs about the same as Gyu-Kaku and Aburiya , a smidge less pricey
Read more 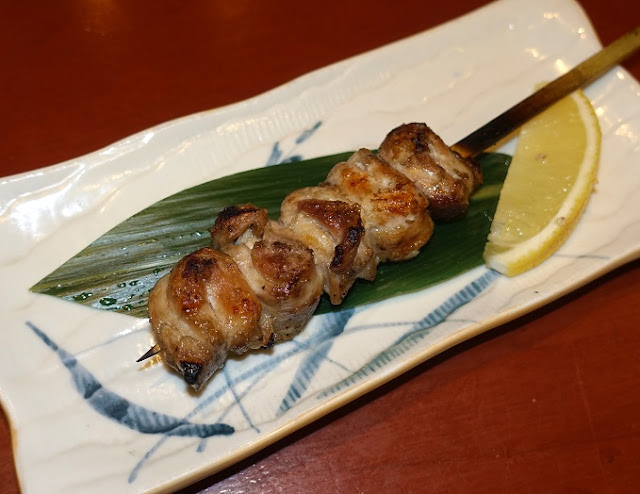 I love barbecue; I'm a sucker for anything barbecued. And robatayaki, the Japanese take on barbecue, would ipso facto be one of my favourite styles of Japanese cooking. One of the most renowned robatas in Singapore is Akanoya , a concept under the often underwhelming Akashi group. While I may not be a big fan of their mass-market sushi offerings, I'll happily admit that their robatayaki restaurant is one of the very best on the island. It says volumes, too, that a certain Facebook billionaire and the Tatler-set frequent the casual restaurant. The food may be a tad pricey, but the ingredients are sparkling fresh, and finessed over a coal-fire with aplomb. A bonus, parking is always available at the adjacent Orchard Parade Hotel carpark, and the restaurant is open till late. There's no menu, so you pick out whatever's laid out on the ice in front of you, and they'll cook them all right there in the open grill in front of you. If that boggles your mind, just ask wh
Read more 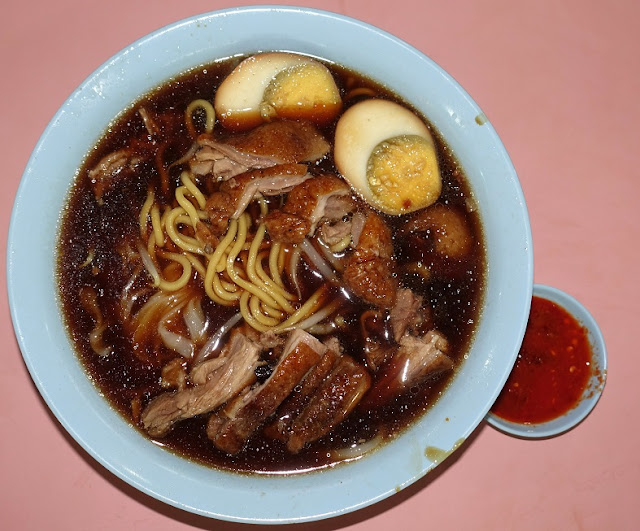 How we stumbled upon this underrated but outstanding hawker centre was fortuitous. So, I've been hankering for soupy braised duck noodles (yes, there's such a thing!) recently; it's been yonks since I last had it (also, yes, I do have the most random cravings). It's not a dish widely available or easily found anywhere, but a little research turned up this little gem of a braised duck + kway chap stall in Ang Mo Kio Central Market & Food Centre . So, post-duck noodles, we waddled around said hawker centre, which led to the discovery of a treasure trove of hawker offerings. My picks are listed in descending preference as follows. Braised Duck A must-try, the Duck Noodle Soup  ($4) at Ban Chuan was exceptional. Supplemented with a soy braised hard-boiled egg ($0.60), the broth was robust and brimming with the richness of stewed duck bones, but not at all cloying with herbal accents which typically hit me with a "heaty" headache. The duck, too, was su
Read more