Two Plus is our other favourite Korean barbecue restaurant in Seoul (the other being Han Wa Dam). A new-ish contemporary Korean BBQ joint that's recently become popular in Korea, it's got about the same number of branches as Han Wa Dam. A big plus, it's also walkable from the Four Seasons.

And like Han Wa Dam, Two Plus specializes in 1++-rated Korean Hanwoo beef. For background: Hanwoo beef, like Japanese wagyu, has different grades: namely 1++, 1+, 1, 2, and 3, in descending order. And therein lies the backstory of the restaurant's moniker, Two Plus, because it exclusively serves 1++ Hanwoo beef that's graded one with two pluses, geddit??

A second plus (pun intended): the prices here are a smidge cheaper than at Han Wa Dam. 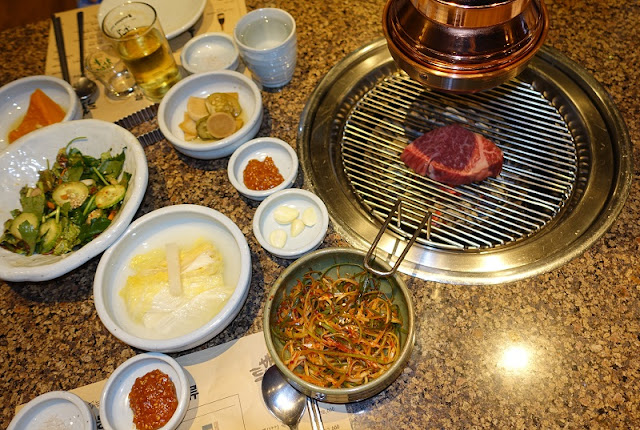 The Aged Ribeye (44,000KRW for 150gm) balanced heft and fatty sumptuousness. This was simply seasoned with salt and pepper, and char of the coal rounded this off with an intoxicatingly smoky aroma. 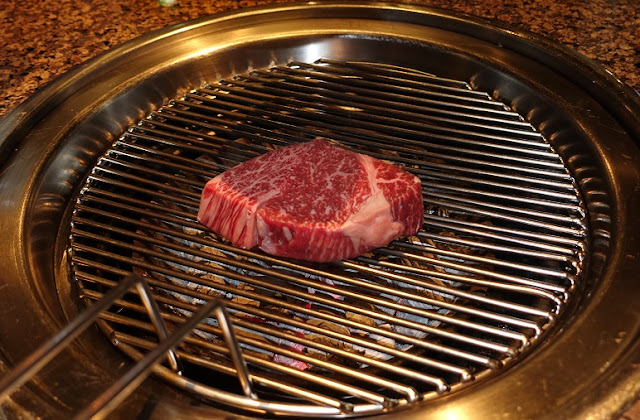 The Aged Striploin Diamond (39,000KRW for 150gm) was a carpet steak that rolled out into a juicy hunk of full-bodied opulence. Even though I'm generally partial to ribeye cut, this was just exceptional. 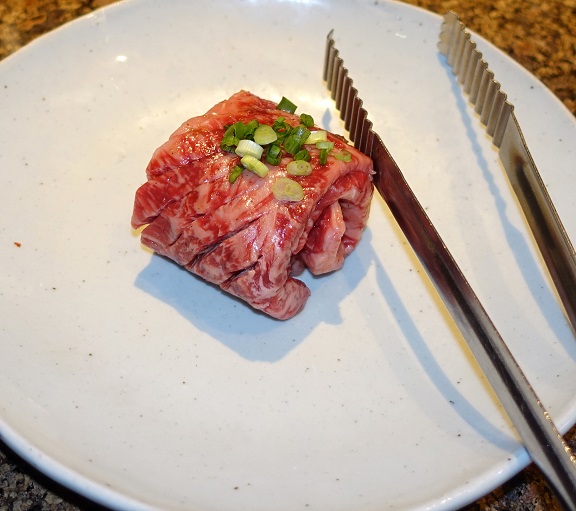 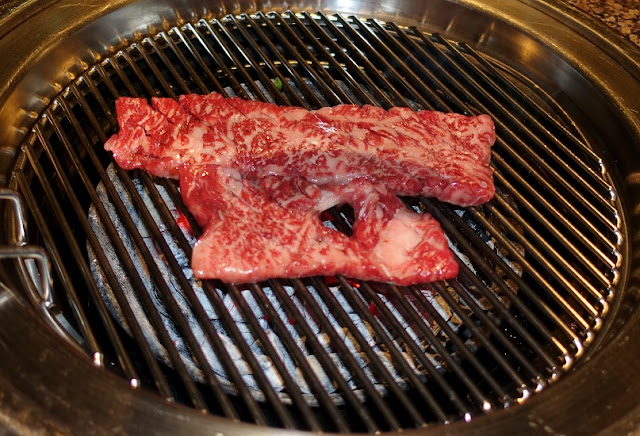 We also had some Bulgogi (29,000KRW for 150gm), which was served on a griddle with a broth moat to catch all that delicious beef jus. Absolutely glorious, and a must try. 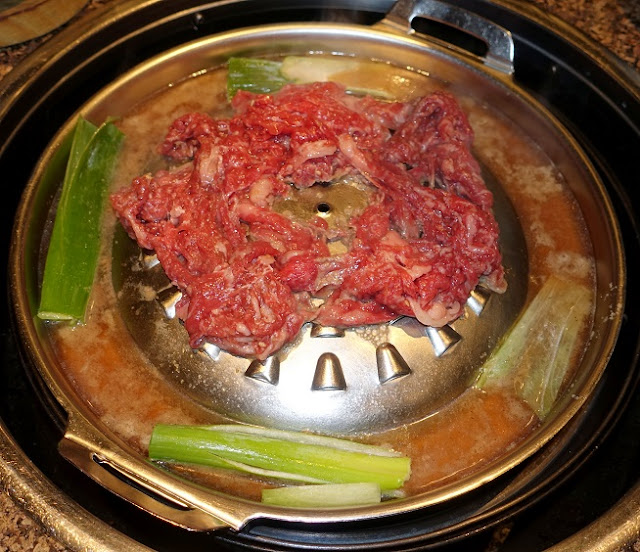 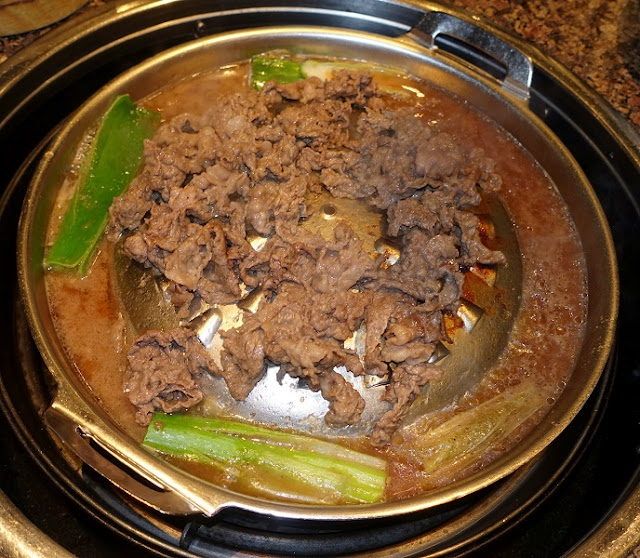 But this, the Beef Brisket Fried Rice (22,000KRW) was some kind of wonderful. It's like a cross between a paella and claypot rice, where the beef-studded rice, redolent with the kick of gochujang and tang of kimchi, was spread flat on a sizzling cast iron pan, so the bottom gets all charred and crispy. Insanely good. This alone warrants a return visit. Which we did. The very next day. 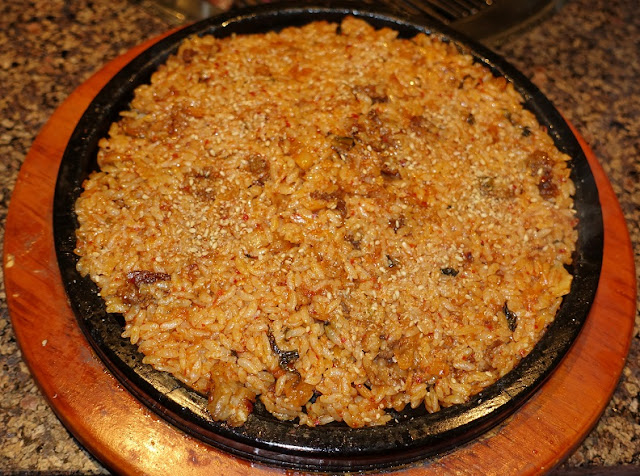 The Hubs loved the Spicy Intestine Casserole (12,000KRW), which was lively with a tinge of sour, heady and spicy. So apparently the Koreans, like the Chinese, love eating intestines. But unlike those intestines you find in Singapore, even in the best of the kway chap stalls, the Koreans really clean the crap out of them intestines. Seriously, squeaky clean. If I didn't read the menu, I would never have known there were intestines at all: there was not one whiff of that bung-like stench. 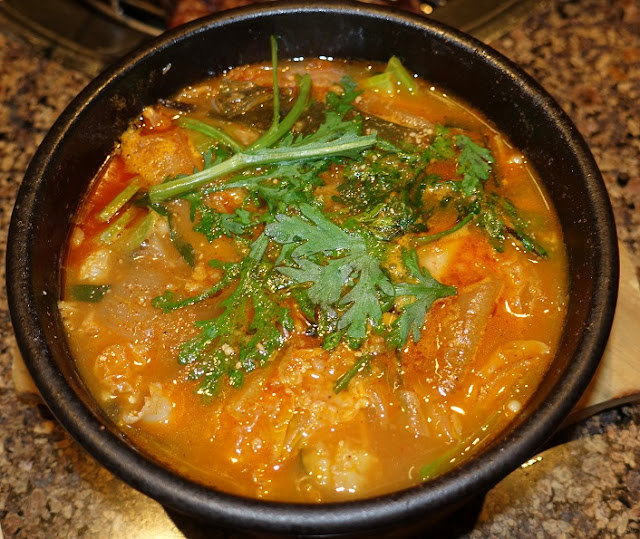 I preferred the Egg Souffle (4,000KRW) at Two Plus, it was thick and dense, but airy and light. Also, because I'm not crazy about pollack roe. 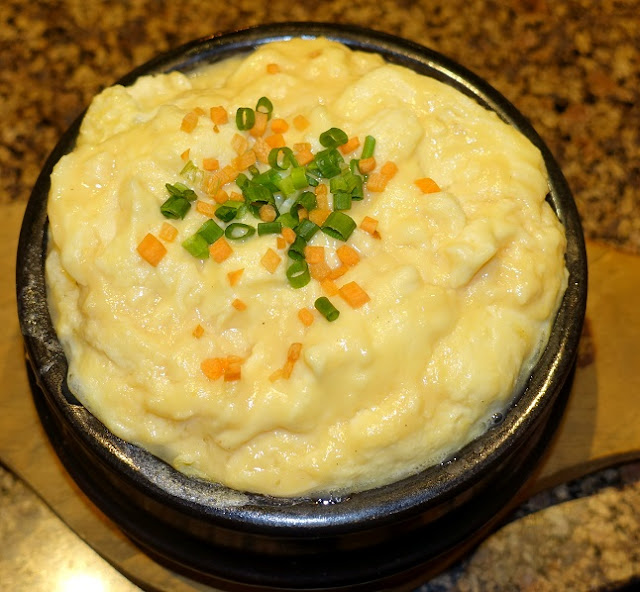 There was a bunch of banchan too, but I wasn't nuts about them. The Spicy Lettuce Salad had coriander leaves, which made it an immediate write-off. 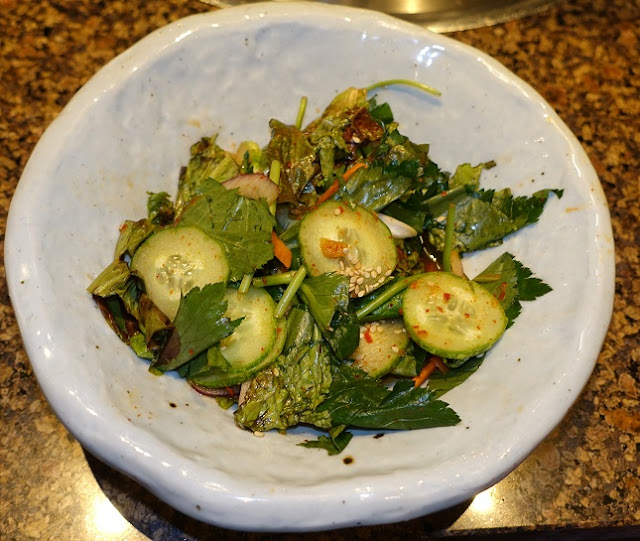 The Spicy Chive Salad was better though, simply because no coriander leaves aha!! 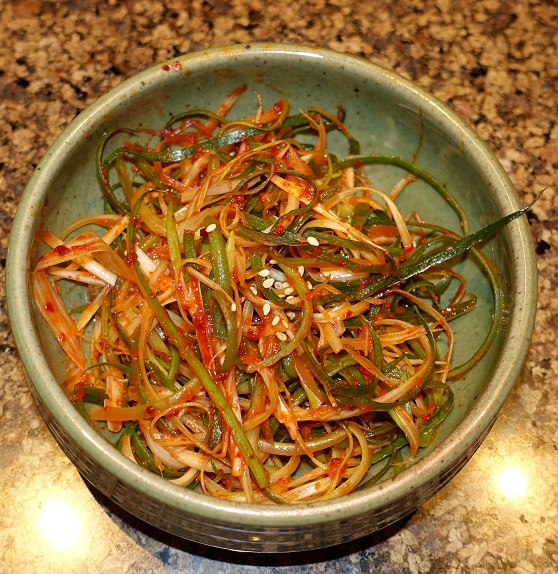 The Kimchi here was decent, robust and vibrant, but it just couldn't compare to Han Wa Dam's version. If I had to rate this, it'll be a close third behind Sinseon Seolnongtang's kimchi. 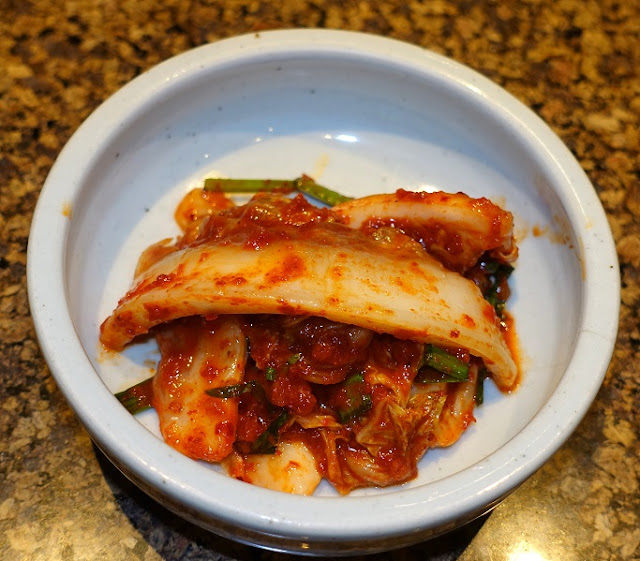 I liked the Water Kimchi, it was piquant and lent crunch to the bbq-ed meats. Best of the lot was the Roasted Pumpkin, sweet and earthy and absolutely lovely. 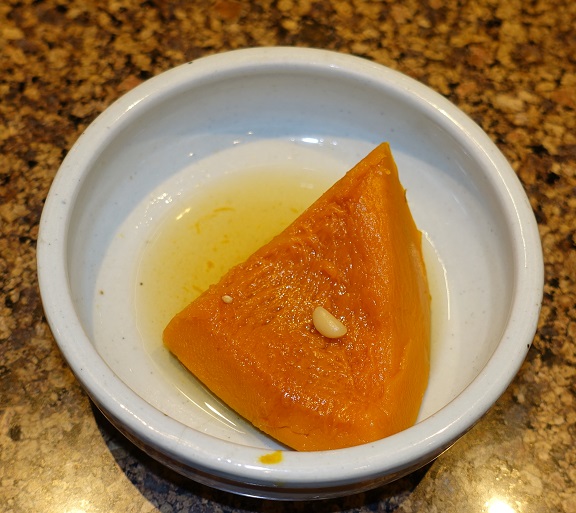 The Pickled Radish and Cucumbers was decent, refreshing and snappy. 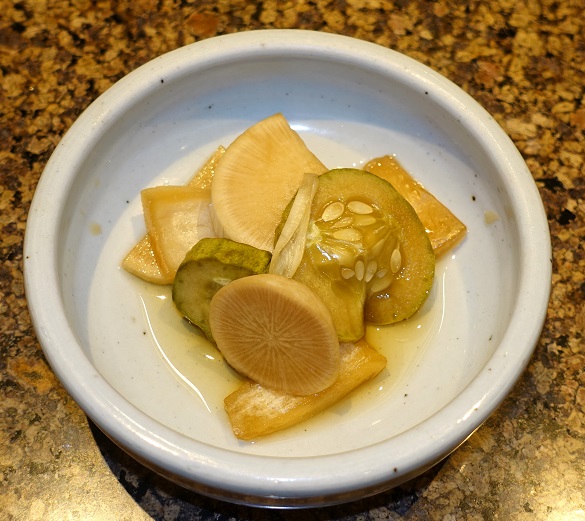