October 13, 2015
It's been a while since I was last at Don Quijote, a charming Spanish restaurant in the Dempsey Hills enclave; eons ago with Lips for our monthly girls' night out. It was fortuitous that this time round, I was invited to an all-female blogger tasting by the good people of HungryGoWhere. I'd enjoyed the food then, so I was keen to see how it's faring, especially since Don Quijote's no longer the only Spanish restaurant in the district.

Over the years, Don Quijote has had more than its fair share of bad publicity, but it appears they've weathered negative reports of bad service, lackluster food, and Donoghue v Stevenson-type lapses. Their half-a-decade tenure in the brutal F&B scene, where Spanish restaurants are a dime and dozen these days, is evident of their staying power, and their loyal following. Whether on a Monday night at the tasting, or a Saturday night at the revisit, the restaurant was close to a full-house.

As per inviting tasting S.O.P., I dragged a couple friend of ours and double-dated for an incognito, paid, revisit. The food at the revisit was as good (and generous) as at the tasting. That said, tbh, Don Quijote isn't the most outstanding or exciting of Spanish restaurants, but like that trusty beat-up Toyota Corolla, the fare here is hearty, rustic, and solid.

The classic fried live shrimp in olive oil and garlic was scrumptious, and the prawns succulent. 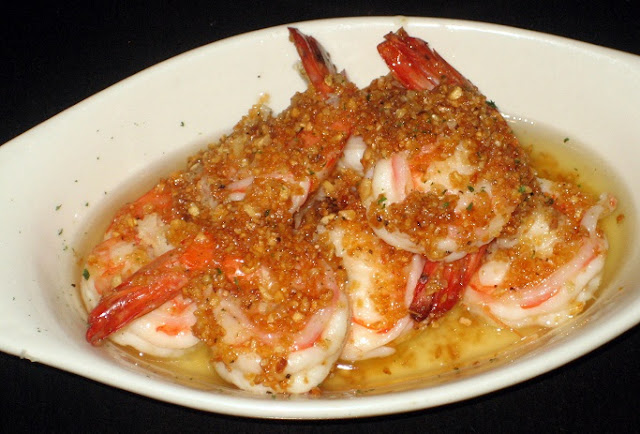 We learnt at the revisit, that there are several variations of the Gambas Al Ajillo ($18), so get the live prawns, as opposed to the regular prawns. Purportedly sweeter, these were lipsmackingly good.Highly recommended. 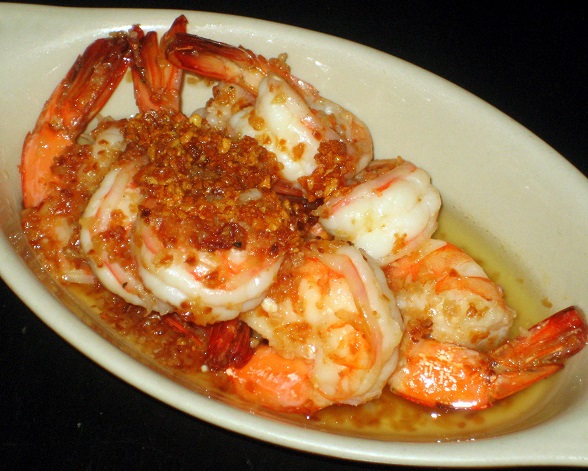 The highlight at the tasting was manila clams perfectly cooked in a heady white wine sauce, its subtle sweetness complementing the juicy clams. Disappointingly, the Almejas al Vino Blanco ($29) was sold out on the Saturday when we conducted our revisit. 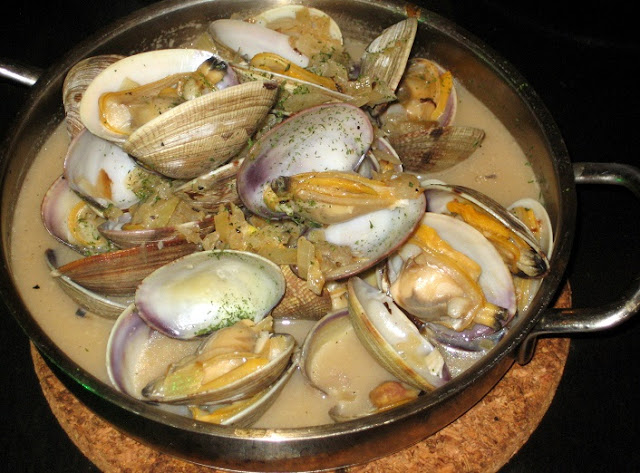 The grilled squid, beautifully charred, and tossed in a spicy chilli-ed seasoning, was just the right balance of soft and chewy. 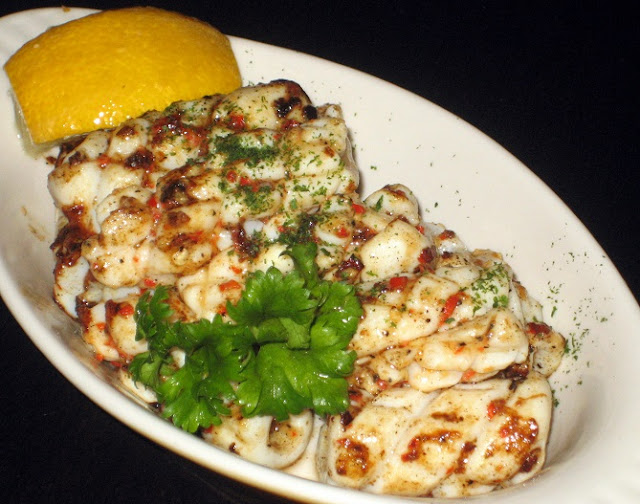 At the revisit second time round, the Grilled Squid ($16) was absolutely fantastic. Brilliantly cooked, with a smoky accent, we all agreed that this was a must-try. 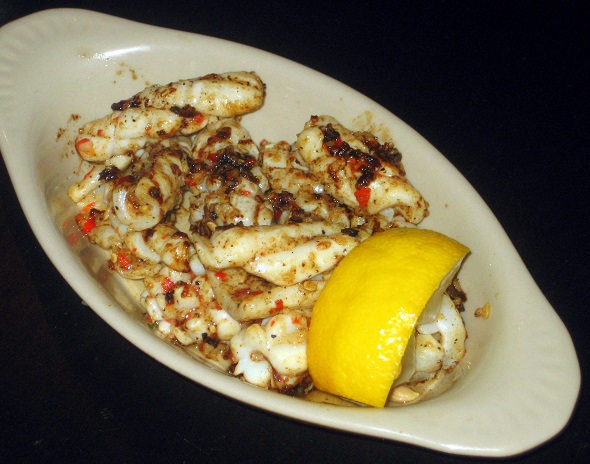 The baby squid cooked in its own black ink sauce was a surprise, enlivened by lashings of fried garlic, and the moreish squid ink decidedly nuanced due to the use of natural squid ink (extracted from the very same squid) instead of the more robust commercially produced squid ink. 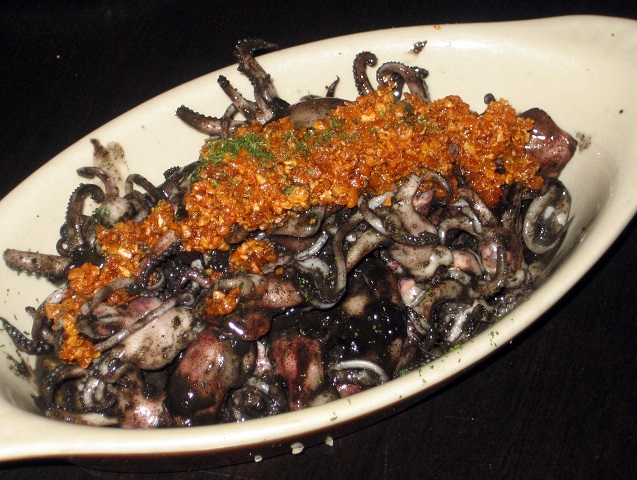 At the revisit, the Chipiron ($15), of perfectly tender baby squid cooked in its own ink, was wonderfully light. 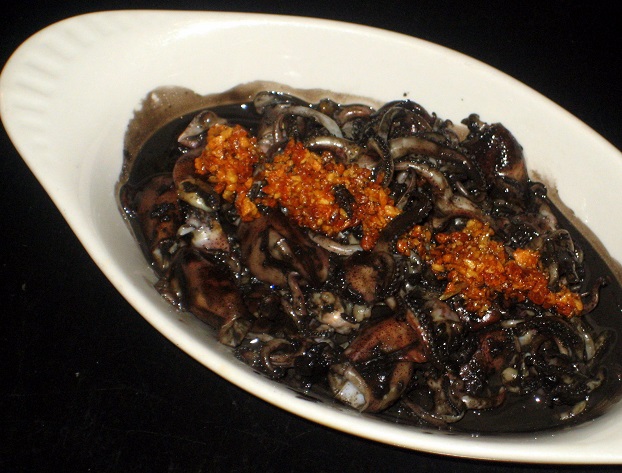 Yet another way of cooking squid, the lightly battered baby squid (regular price $15) was nicely crispy.I've noticed that Don Quijote is excellent in their treatment of seafood, so best to focus your orders on their seafood-based tapas. 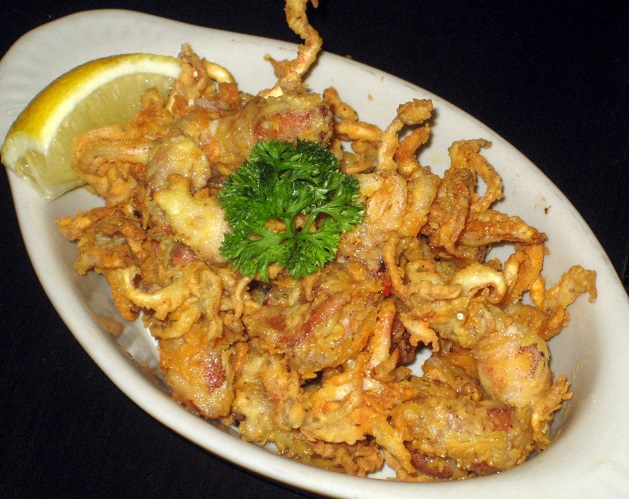 I liked the Huevos Estrellados (regular price $15), a breakfast hash of fluffy eggs scrambled with chorizo and potato wedges.As good as I remembered from 2010. 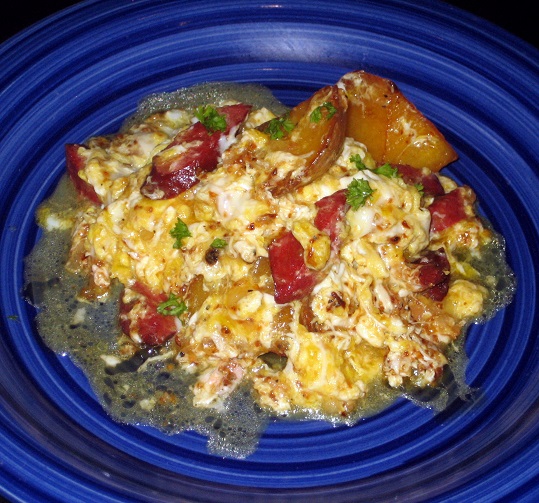 A signature, the Asado de Cochinillo Espanol ($169) roasted Spanish-style suckling pig, was surprisingly delicious, and I'm no fan of suckling pig. This was very fresh pork, so there wasn't that ghastly sluggish taste of mature pork. 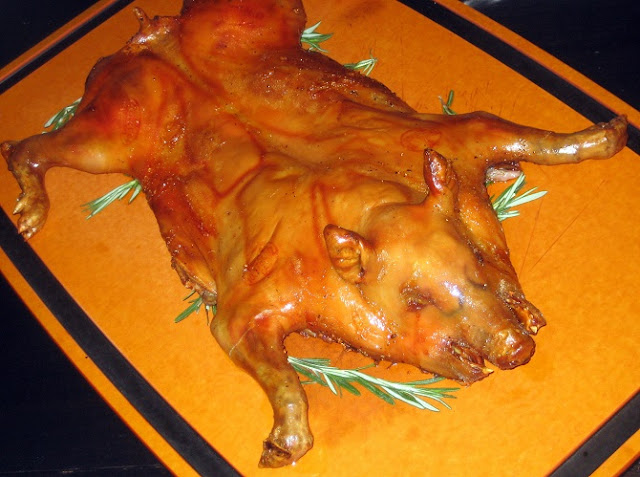 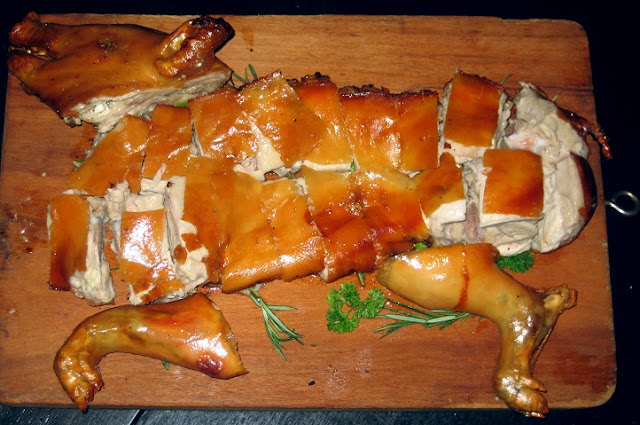 At the revisit, as none of us were particularly keen on suckling pig, we opted for the Tacos de Lomo al Queso Azul ($21), tenderloin beef cubes with blue cheese dressing, that I had when I last dined in 2010. The beef was cooked very well, and sauce refined, but even that couldn't mask the gamey taste of the beef. 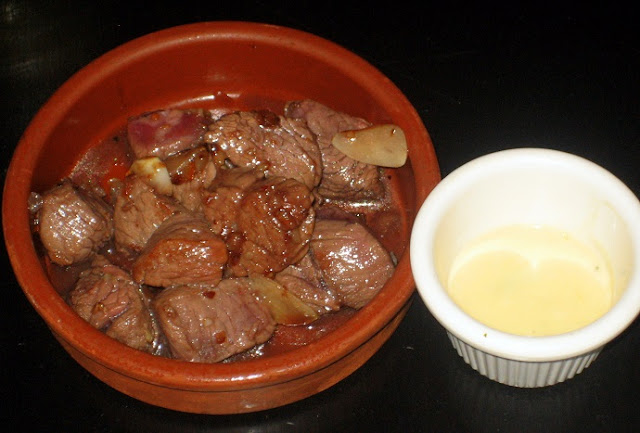 The Fideau Negra (regular price $65) of squid ink noodle paella, laced with squid and shrimp, was pretty awesome, light on the squid ink, and heavy on the fresh tomatoes for a balanced flavour. For some reason, I couldn't stop nibbling on this.Very addictive, this one. 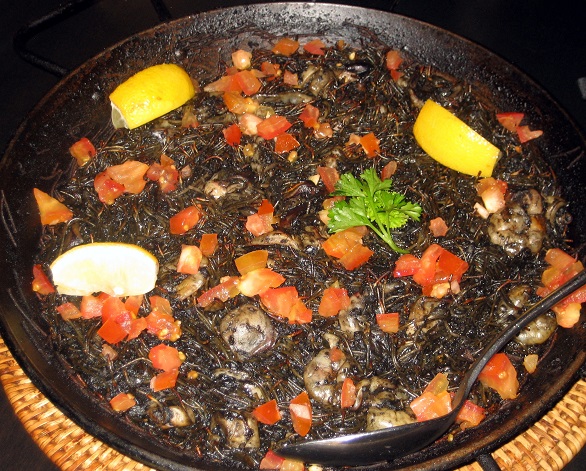 The paella especial Don Quijote ($98 for large with a premium lobster add-on $69) was overflowing with sparkling fresh seafood. 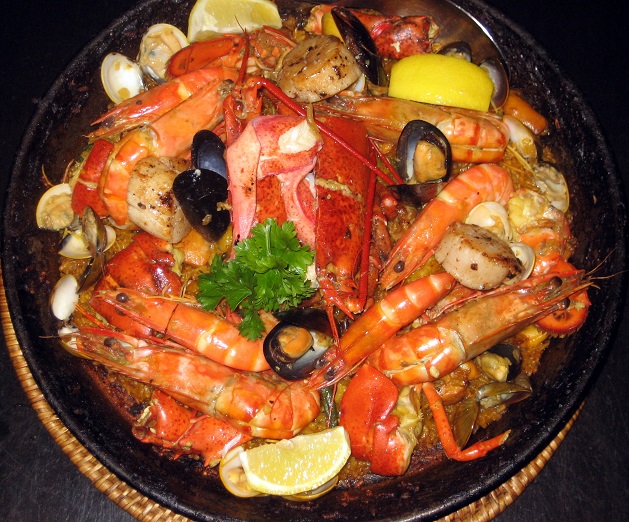 On second thought, at the revisit, the Paella Especial ($53 for small) was commendable, but a tad forgettable. That said, the seafood was very nicely treated, and swimmingly fresh. 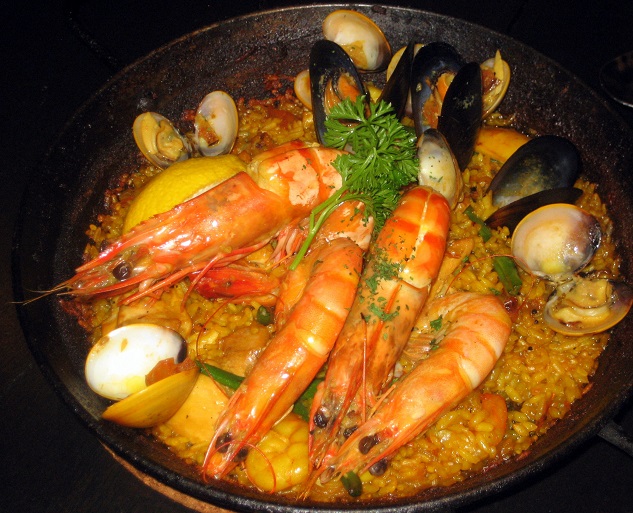 At the revisit, I had to have the Churros ($16) again. These were crunchy on the outside, moist and chewy on the inside. 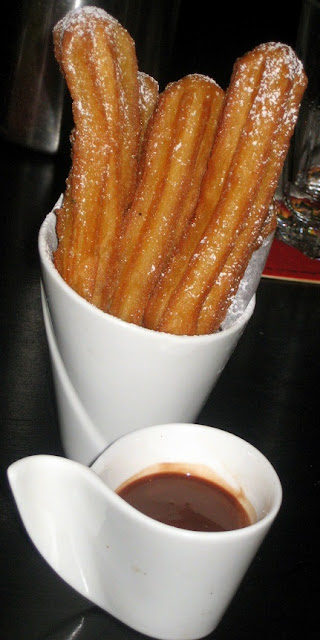 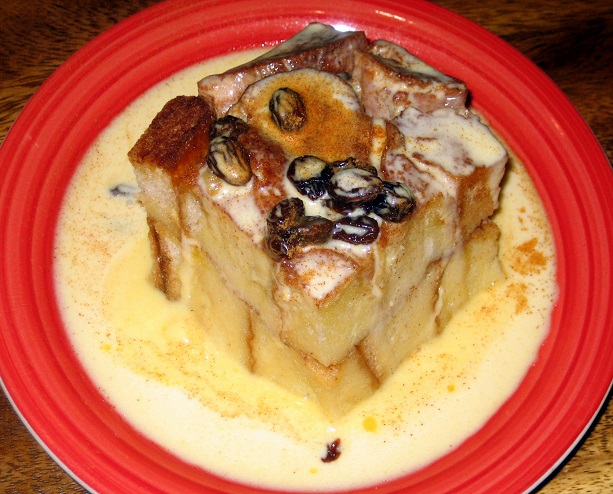 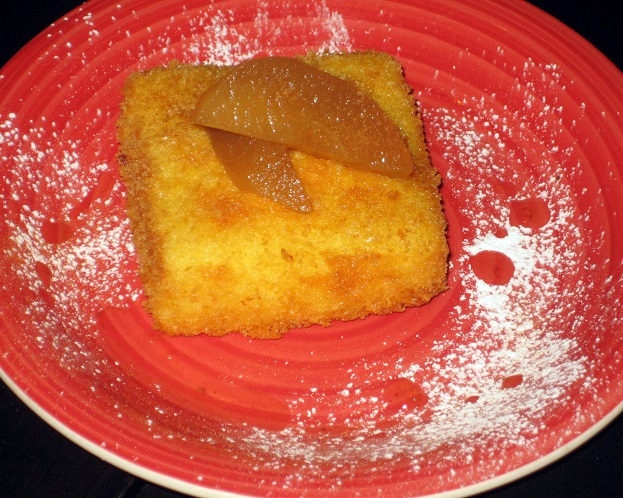 The Cream Puff with Chocolate Sauce (regular price $19) was my second favourite dessert at the tasting, with a airy fairy puffy pastry slathered with a sumptuous chocolate syrup. 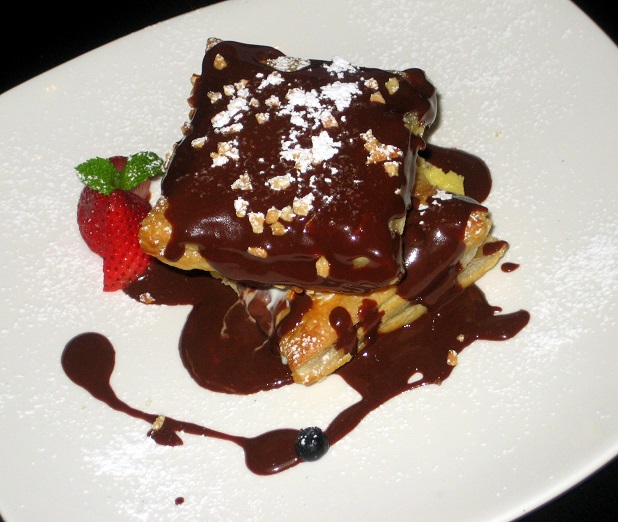 At the revisit, we opted for the Bomba de Chocolate ($19), a molten chocolate cake with Spanish chocolates and vanilla ice-cream. Not the most innovative of desserts, but awesome nonetheless. 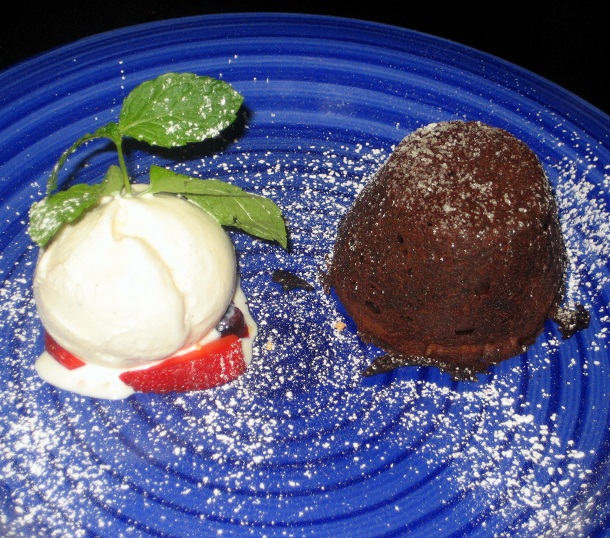 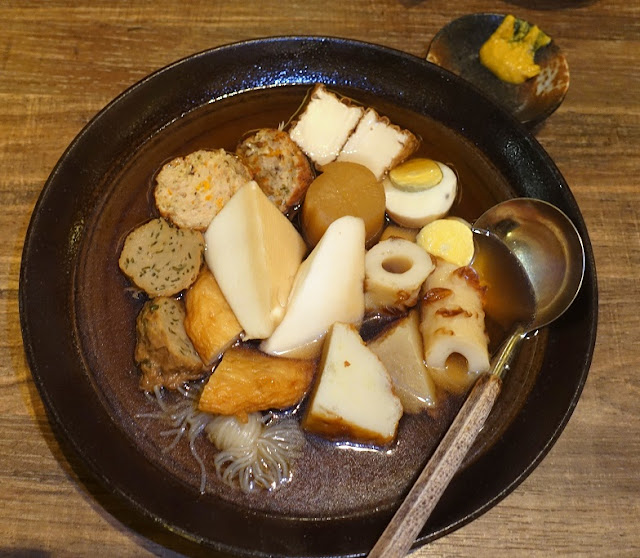 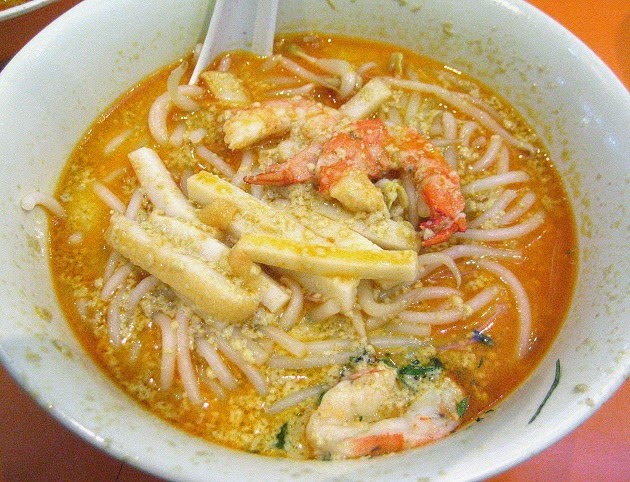 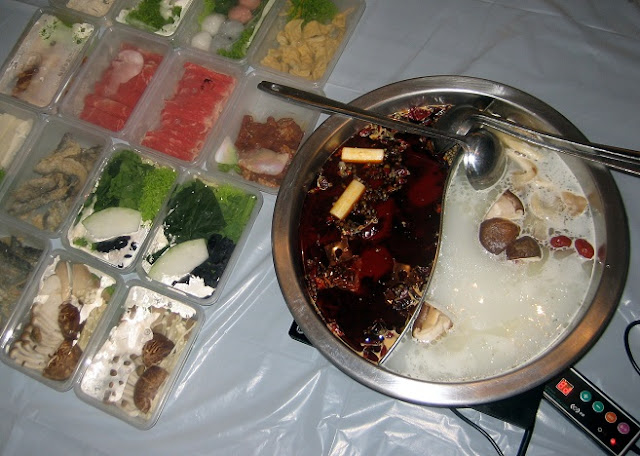 We love Hai Di Lao , but the perpetual, unabating queues put us off. We used to dine at the most inopportune times to get around the long waiting times, BUT, now that Hai Di Lao caters for home delivery, we've taken to dining in the comfort of our own home. A big bonus: we lushes can also imbibe to our hearts' content, without worrying about driving home thereafter. The set up is idiot-proof. You: 1) Order online from this link: http://haidilao.oddle.me 2) Opt to make payment by way of cash-on-delivery, or pre-pay the bill by credit card. 3) Wait for them to arrive! You don't have to prep anything, not even cutlery or crockery, as bowls and chopsticks are provided. All you need is a table, an electrical source, water, and that's it. Easy peasy. All the steamboat ingredients are individually packed, and the soup bases are concocted on-site by the delivery staff, using a pre-mixed stock blended with some water sourced from your home. It's completely f
Read more